Is your childhood really yours? Is it how you remember it? What do we retain of the past: the memory or just the memory of the memory? And above all: who would we be without this little-known mechanism that is memory?

Concha Martínez Barreto’s gatecrashed photographs are a great deposit of memory. Or rather, acts of memory. In fact, they are presented as small but poetic acts of memory. Her recent work can be seen at the Víctor Lope Gallery in Barcelona.

Concha Martínez works from black and white photographs, especially from the forties and fifties. They are scenes of family Sundays, children on the beach and other daily moments which in themselves contain a social portrait of a certain time while posing questions about certain practices which, although they seem to be private and very much our own, demonstrate a surprising degree of commonality. Why do all families immortalise their get-togethers? Why do children play the same games in every household? Why do we all make the same gestures in front of the camera?

Even though this opens up a possible line of enquiry, Concha Martínez Barreto is not interested in sociology. Her interest is more phenomenological than social. She like to show the mechanisms which go to construct memory. What model does she follow? How does she use vision to stitch together her own past? Using this conceptual compass, the artist gatecrashes period photos using very subtle resources, sometimes even imperceptible, which call into play the compositional logic of memory. 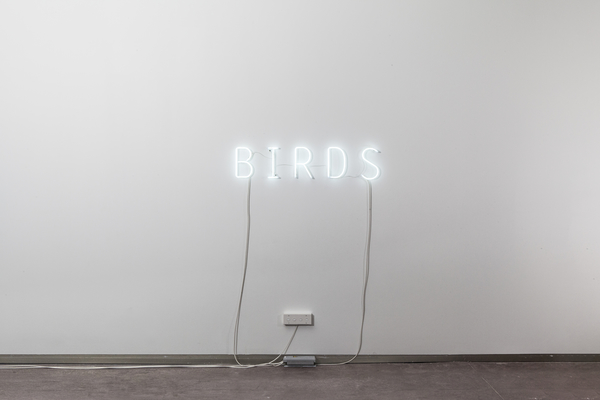 She either omits some presences, ensuring she leaves some indication of the absence, or she inserts one photo inside another in a kind of Russia doll of memories. Or she will turn a photograph into a drawing, changing the dimension of one of the elements in the scene to make it seem gigantesque; or she will simply reduce the line of the horizon from a period photograph. Some of these interventions are carried out like photographic collages, while others involve a careful exercise in drawing. But in all of them her work with images explores ways, which are not always obvious, in which the past is constructed from the present.

There is a second element which concerns this artist from Murcia: her commitment to beauty. All her compositions entail great concern for form. The beauty of Concha Martínez Barreto is lyrical and fragile; it is a climatic and somewhat melancholy beauty. A landscape of emotions which, despite perhaps not evoking a past that we have experienced (we are none of us the child, adult or young girl of the photograph) invites us into it in a certain way. 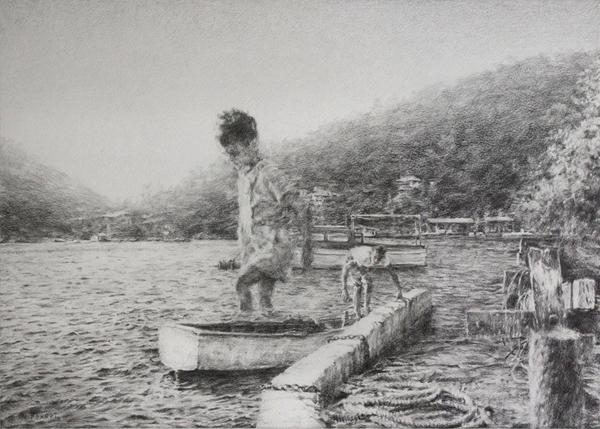 The Order of the Days – this is the title of the exhibition – also offers three-dimensional works and an installation. Two ancient Roman weights have been worked into a sculpture that describes a family scene: literally father and mother. A worn model of a ship sails on the sealess surface of a plexiglass urn. Finally, there is a light installation – a white neon with the word ‘Birds’ – concentrates this strange sorcery of the proximity and distance with which memory operates. Each time somebody approaches the neon light it switches off. Just as you arrive, the bird takes flight.

“It is not a questions of looking back but of ensuring that the past forms part of the present”, is what the artist has written in the texts that accompany the works, alluding to that intangible line that unites the past with the present- The work of Concha Martínez Barreto calls to mind the distortion, inflation, changes of scale, things forgotten and empty spaces on which we build our own story of the past, and in doing so, our identity. Maybe that is why these acts of memory which are the gatecrashed photographs of Concha Martínez reach us so easily, because they put us all in a common place: that of the fundamental questions of whether we are who we say we were.

The exhibition by Concha Martínez Barreto, The Order of the Days, can be seen at the Víctor Lope Gallery in Barcelona, until 26 January 2019.