The Genius and Figure of Manuel Duque

From time to time the Vila Casas Foundation has little great successes despite the fact that they often become fogged by an excess of eclecticism and exhibitional hyperactivity governed by rather indulgent criteria.

But sometimes, being free and easy has its benefits, and the current exhibition of work by painter Manuel Duque (Nerva, Huelva, 1919 – Sabadell, 1998), set out simply and exquisitely under the excellent curation of Imma Prieto, is a good example, and a memorable one. It is also worth mentioning that the Espai Volart has improved dramatically since the extension of the east wing on the ground floor, which is where this magnificent retrospective is taking place. 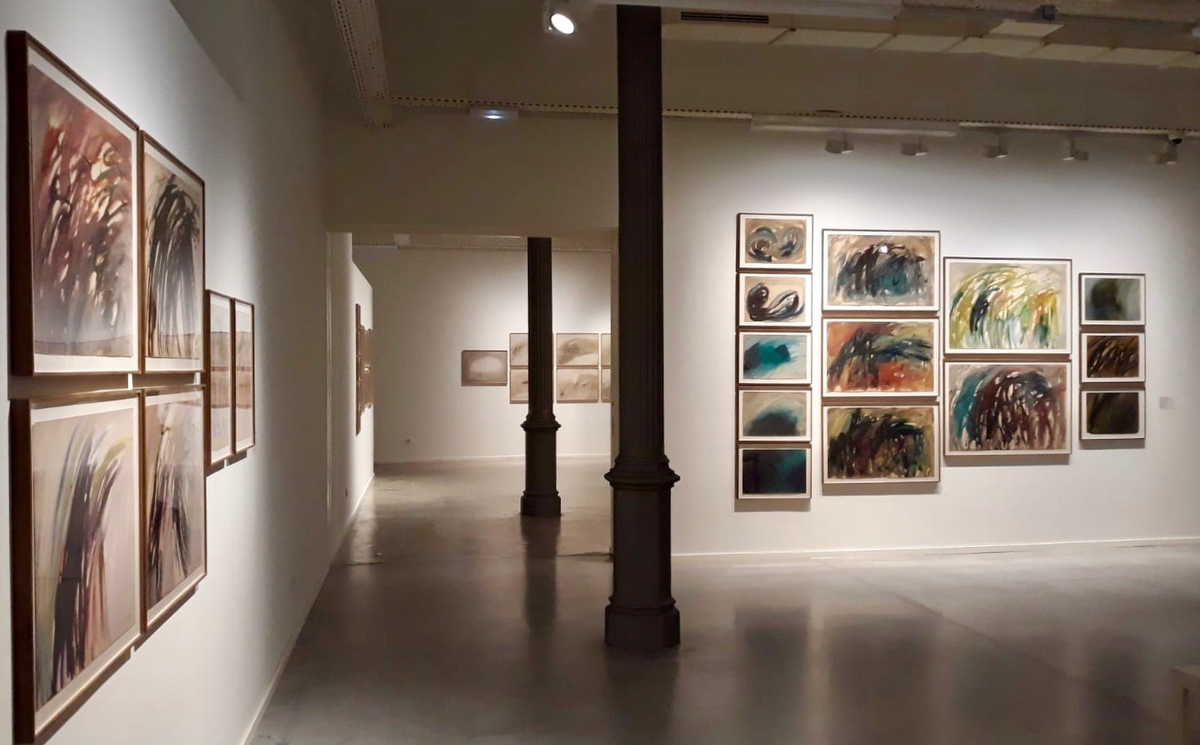 Manuel Duque, from Light to the World is a good review of an accursed, unknown and forgotten artist for many people, marginalised in the history of art – Catalan, Spanish and International.  This is captured very well in the first room. The space is very large, empty, scarcely lit and, apart from the presentation text, there is just a flat vitrine at the back of which is a small photograph of Manuel Duque like an ordinary visitor to the MACBA. The vitrine, which is internally lit, shows a glorious and fleeting moment in the life of the artist, when he was in Paris in the 1960s and was working with a couple of galleries – first that of Mme. Breteau and then that of Romy Audouin – where he developed his messianic theories with a touch of megalomania which, over time, would become more aggravated.

Of course, there is no evidence of this in the exhibition itself, because very little survived except for the individual and group diptychs of where he exhibited, beside the biggest names in abstraction in the world (as well as some other, also today forgotten), and of his own mythology, which remains as an oral tradition among a few friends and faithful admirers. 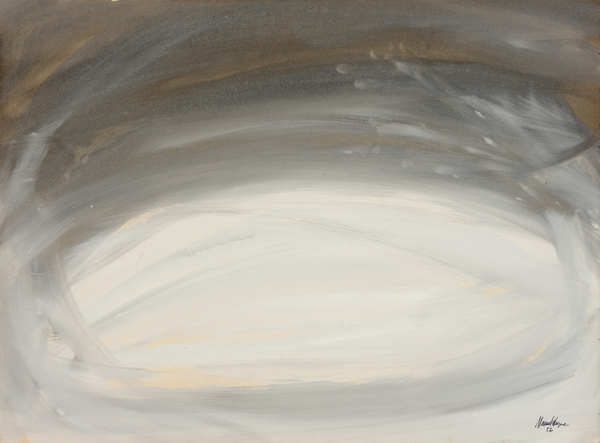 The second room is monochrome, and the works are grouped together in series. There are few of them and they are very well selected, just like the rest of the show. This is the part dedicated to the beginning of Duque’s abstract period which took place in Paris in the mid-1950s, where he had moved to thanks to fellow Sabadell painter Joan Vilacasas, who was his friend during his formative years in the French capital. This was the period known as nuagisme which owed as much to Jean Fautrier as to J. M. William Turner. This double view towards the present and the past would be one of the constant factors in his work from that time on. From the clouds he would move on to graphism, approaching the likes of Cy Twombly and Henri Michaux, but also oriental calligraphy, with some clear and concise works. 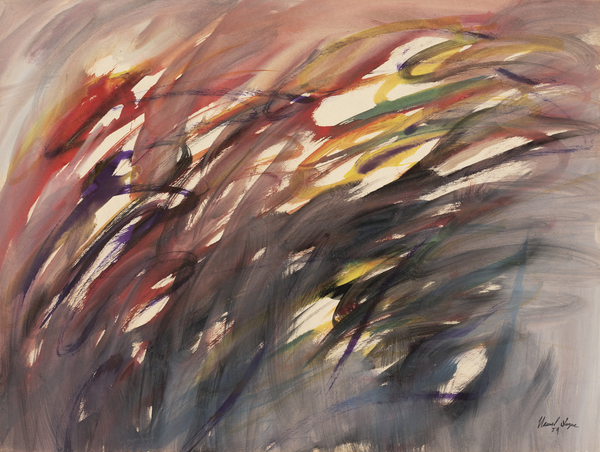 The third room is an explosion of colour and corresponds to the euphoric time of the Gallot Group, at the turn of the decade from the fifties to the sixties. Here there is a self-assured and successful flourishing of the energetic stroke and unconstrained chromatism of Willem De Kooning. This period can be related to the contemporary works of other members of the Gallot group from Sabadell, especially Antoni Angle, an artist who was even more accursed because, unlike Duque (who was always faithful to his principles despite not rising to fame) Angle sold out, embracing commercial, anodyne painting of landscapes, still lifes and portraits to keep the wolf from the door, from the beginning of the 1960s.  But here, we are concerned with the vindication of just one of the artists of the group. 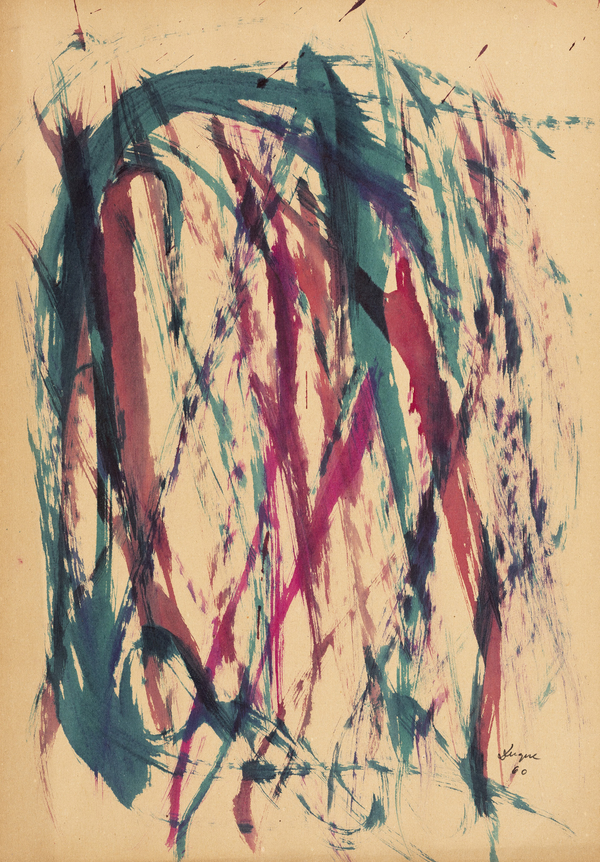 The fourth and final room contains the last years of the painter, when he enjoyed a certain beatitude and demand, albeit in his local area. There is a great temporal ellipsis which corresponds to the vitrine mentioned at the beginning of this article. In the final room colour is reunified although limited almost always to green, yellow and black, with innumerable shades like a return to nuagisme, but this time rooted in the earth and nature. The violent, wild, spontaneous gestures of the Gallot has become tamed by lyricism and a patient admiration for the English and French painting of the eighteenth century. The backgrounds of the portraits by Thomas Gainsborough are ever-present in the oils of the 1970s and 1980s, paving the way for the even more delicious Rococo scenes of Jean Honoré Fragonard which correspond to the last stage of Duque’s production, marked by a motto of his own choice which he never tired of repeating: “rehabilitate painting”, facing up to new artistic tendencies, often in a belligerent manner, but one which was not devoid of irony.

Manuel Duque. From Light to the World can be seen in the Espais Volart of the Vilacasas Foundation until 30 December 2018.