The Jewel and the Siege

In the final phase of the siege, walking through the old town of Sarajevo, I walked past a jeweller’s shop: Fahrudin Sofić. In the window I was taken by a pin with the fleur de lys – the historic symbol of Bosnia. I went in and asked how much it cost. The jeweller told me that it was not for sale, and that he had created it during the siege, working the silver and mounting the stones with artillery as the background.

What he said made me even more keen to own that piece that had been made in the throes of war. I used all my powers of seduction –and it worked! I took it away and ever since I have felt that owning that flower is, in a way, owning myself, owning the beauty and the uselessness of wars and jewels. 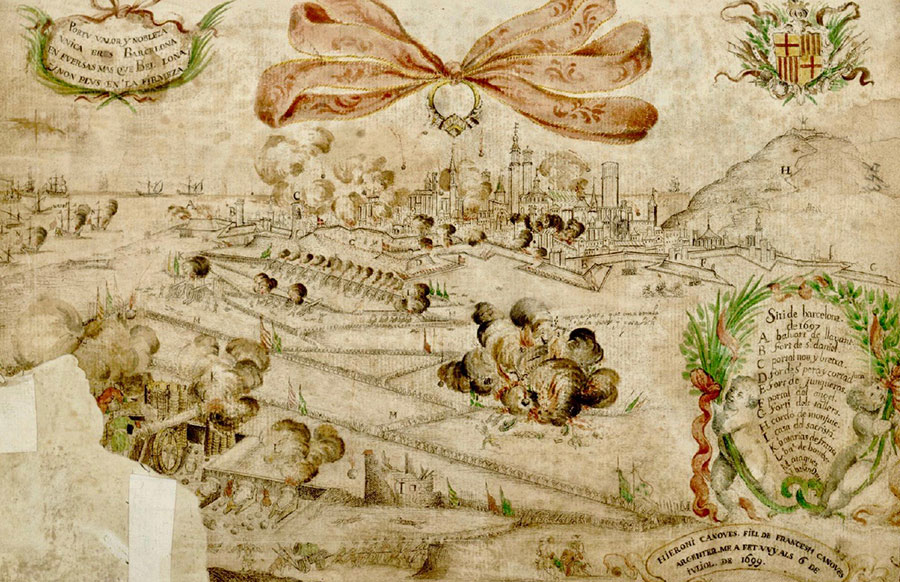 Jeroni Cànoves drawing made in July 1699, as part of his test to become a member of the Jewellers’ Guild of Barcelona.

This story is somewhat genetic. My great, great, great, great grandfather –Josep Vilarrúbia– was also a jeweller who also suffered the brutal sieges of the French and Spanish in Barcelona –in 1652, 1697 and 1705– during the whole of his life: as a simple apprentice and then the head of the Silversmiths Guild. Nothing, neither the massive assaults on the bastions of the city not the indiscriminate attacks on the city, were capable of stopping his workshop from functioning. 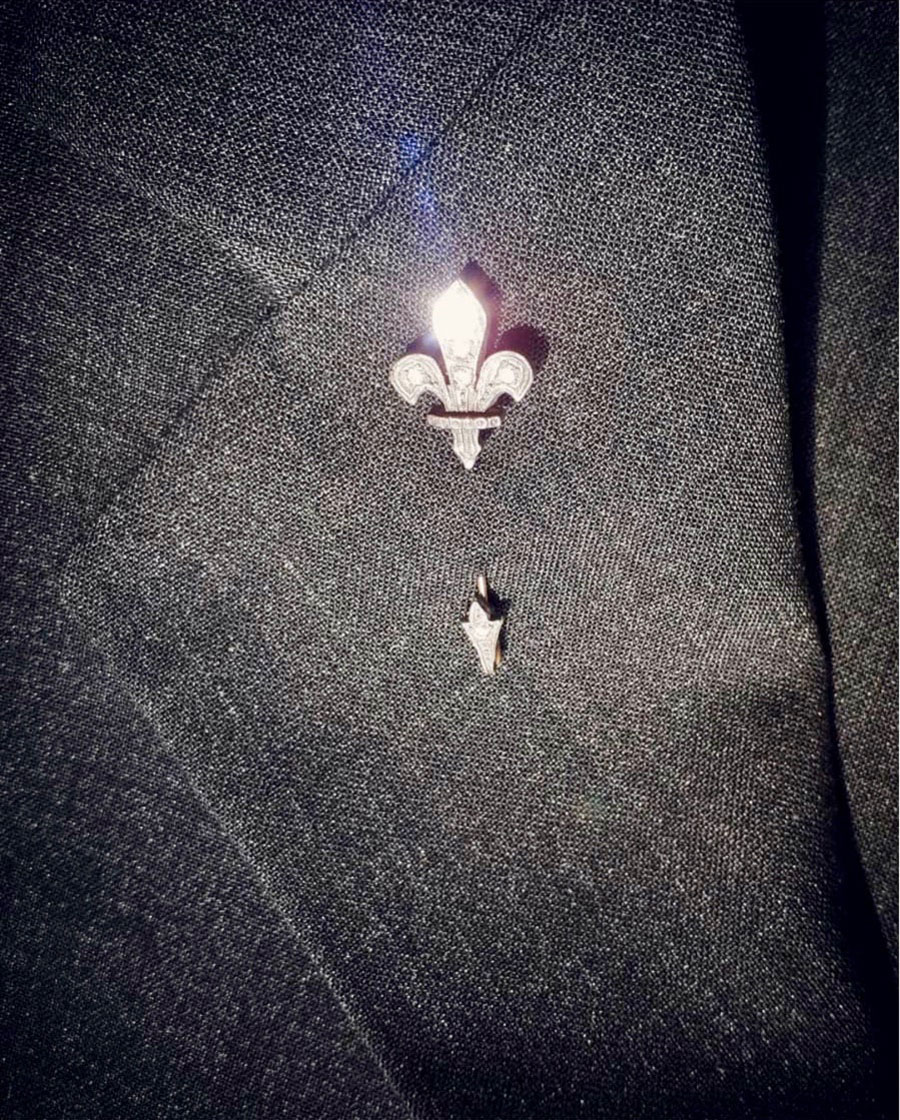 Pin with the fleur de lys created by jeweller Fahrudin Sofić during the siege of Sarajevo.

His son inherited his name, his trade and also the sieges. He suffered the final onslaught of 1714, probably fighting in the battalion of the Silversmiths Guild. Just like his father he had also suffered the sieges of 1697 and 1705, during the former as an apprentice in the family business.

What must it be like for somebody learning how to set precious stones while being bombarded by cannon fire? 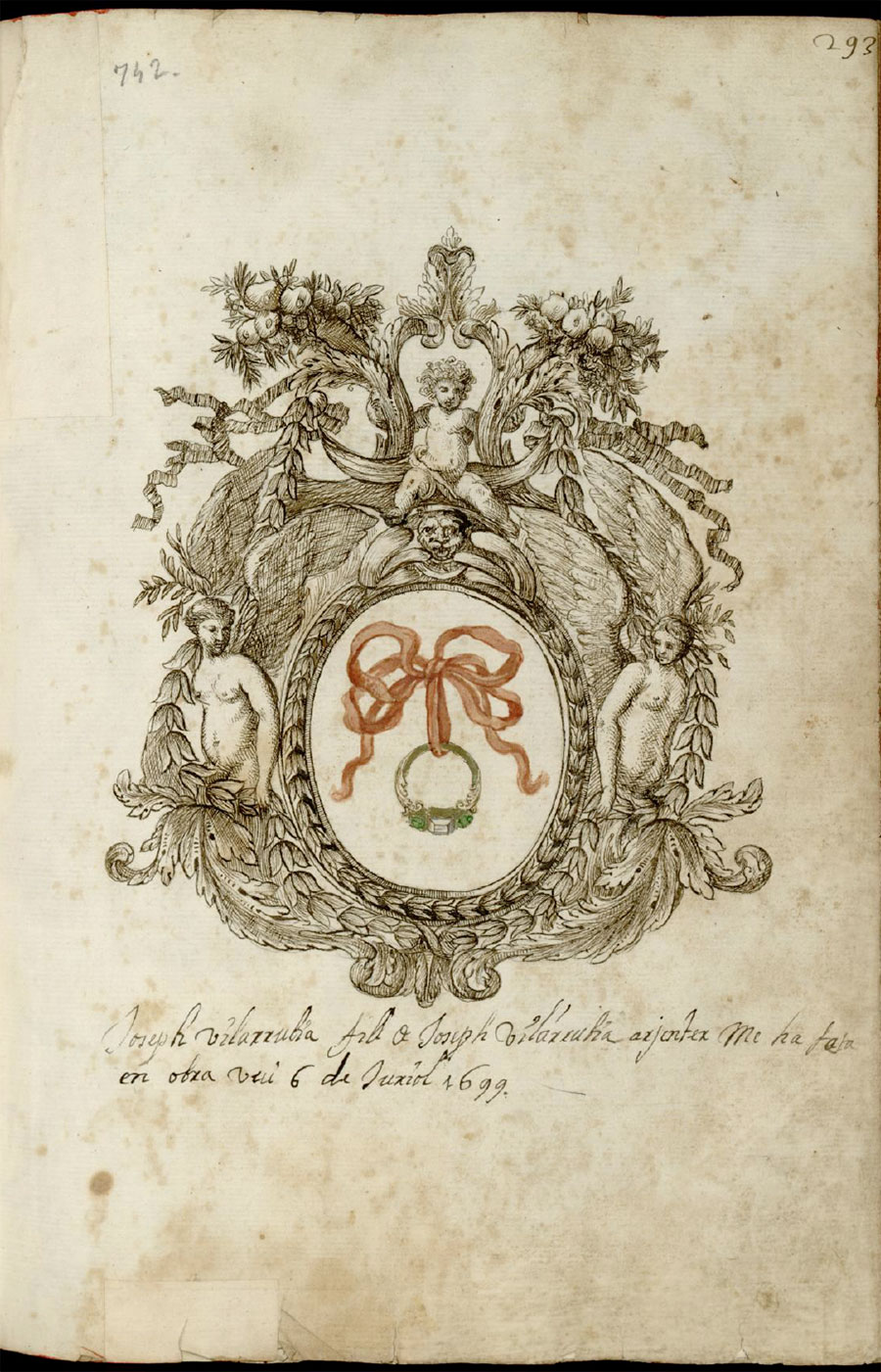 Drawing by Josep Vilarrúbia made in July 1699, as part of his test to become a member of the Jewellers’ Guild of Barcelona.

Two years after the siege of 1697, Josep Vilarrúbia junior took the official exams to become a jeweller. He did so along with other young men, after the obligatory six-year period of training in the workshop and with several masters of the Guild as his examiners. They had to present a drawing of a jewel –the drawings remain conserved five centuries later– as well as the jewel itself. The candidates tended to present the drawings of the jewel surrounded by angels, flowers or saints. And that is what he did with his ring, just like his father before him and, for the next two centuries, his grandchildren and great grandchildren.

That day, the candidate who went just before him –Jeroni Cànoves– did not adorn his jewel (also a ring) with angels or flowers. He drew his wedding ring against a heavenly sky, hanging from a lace and floating over the scene of the siege that they had suffered two years before. The jewel presided over burning bastions, bombed rooftops and explosions killing many people.

Detail of the drawing by Jeroni Cànoves, 1699.

ENG: What is the meaning of the ring? The talisman of the siege? Or the most sublime of the bombs?