Just as the knight raises his sword in the air, so the lord raises his castle on the plain, on the sand at the sea’s edge, on the rocks, always above the fascinated gaze of the people. This is the most visible gesture of power, of individual sovereignty, of victory over a hostile environment.

Perhaps it is for that reason that St. Martin’s sword is preserved today in the Military Museum in Paris, the sword of virtue of our monarchs, evoking the splendour of the high crown – with a relief of St. Martin slashing his cloak with the royal sign of the four stripes in two – in the same way that the scattering of castles across the Catalan territory also evokes in us a society of eminent medieval warriors, in line on their mounts, dominating, watchful, and instilling fear from their position of height.

The castle, the lord of the castle, the knights that serve and protect him; in Catalonia the territory is ever changing, transforming, expanding, but there is always the same phenomenon – the lightning conductors which attract every gaze are the only possible centre of attraction. Such are they that today, now that the feudal societies have disappeared forever, the castle continues to dominate the landscape, even though it may be in ruins; the lofty castle continues to attract all eyes and never ceases to be admired because it defies vertigo, as is the case with the Castle of Eramprunyà, for example. There is no doubt about its protagonism. Nor can its name merge into the map or into among the other road signs since all castles have their own name, which is specific and remains within memory, resonating with the clink of sterling coins, with the solid rotundity of the Old Catalonia, a true testimony to the never-ending conquests against the Moors, perpetual internal conflicts between warring factions, the insurrections against the king but, especially, the arrogant individuality of the warlords, dissidents at will, always untameable, self-financing, difficult people. 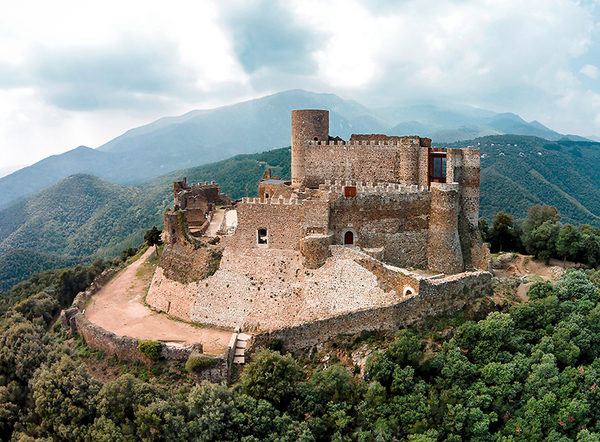 Saying the names out loud is satisfying. The Castle of Montosoriu in the La Selva, Bellver in Mallorca, Peníscola in Baix Maestrat, the Castles of Montgrí and Requesens in the Empordà, Suda in Tortosa, Miravet in the Ebre Delta, Claramunt Castle in the Penedès, Boixadors in Anoia, Llordà and Mur castles in Pallars, Cardona Castle, solemn and powerful like a mountain. The castles dominate the boundaries of a small, local or great land lord and also the temporary camps of the moving troops and protection for the residents of the counties who flood there at times of uncertainty. The castle was built when, suddenly, the power of the monarchs after the Roman Empire was definitively broken and had to survive through the new political links with the incipient nobility, if it wanted to survive at all, that is. This set of mutual obligations meant that the territory became a new reality which received the name of the fief, with one or more castles which the lord would transfer to one of his subjects in an agreement sealed with a kiss.

I’ll say that again. The castle or set of castles were obtained in exchange for a kiss and nothing else. The vassalage ceremony may seem strange in our society but there is nothing special about it to attract attention. Through this transfer to a new subject – historically at first temporarily and then hereditary in nature – he became the new vassal. This is a curious Celtic word which simply means ‘young man’ in the sense of servant – a person with an honourable and submissive relationship with another higher up the hierarchy. 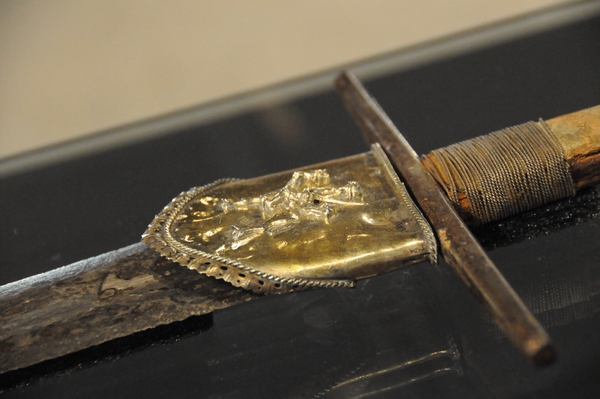 It is, of course, an unequal relationship (how many relationships aren’t?) but it is established between free men, between two people who can decide on their destiny and one which appears very much like an adoption, but an adoption between adults.  The vassal is protected by the lord in situations of conflict or bad luck, and they are even maintained if necessary, for both their major and minor needs.  And in exchange, the vassal swears loyalty and indefinite service to his superior, whatever their rank, whether from an established clan, a major lineage or the king himself.

In Catalonia and in the lands of Oc this age-old feudal agreement is documented and purposefully denominated convenientia, or a set of promises that freely establish two people; a political relationship that is very like a commercial one. This is set out in a text so that it cannot be the subject of future misunderstandings. The link which is sealed with the kiss or osculum. The lord and the vassal kiss each other on the lips because they have decided to establish a family relationship even though they do not share the same blood and, like in a marriage of two different bloods, they wish to publicly demonstrate their new relation through this great affective ritual. A relationship of love, of domestic proximity. 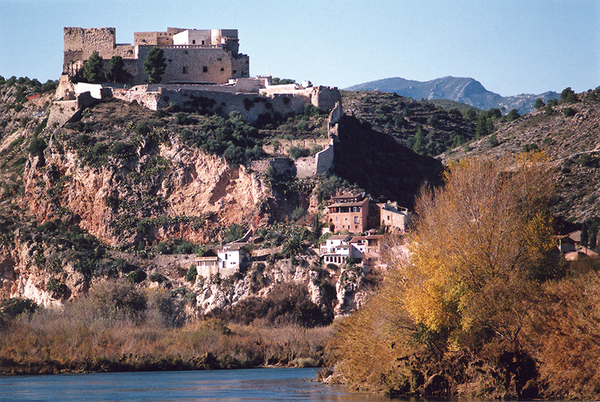 From that point, independently of the age of the figures in question in the agreement, the lord – a word which in fact means the ‘greater’ of the two, the ‘senior’, who is older and therefore naturally deserves a greater level of leadership – now has a new member of the family, understood in a broad sense because this also includes his servants and those closest to him. This new member is the ‘young man’ – the vassal – and as the ‘younger’ has to be protected and provided for by the leader of the group in one way or another, sometimes by giving him property, a legacy which will enable him to live a better and more independent life,  but also one which depends on the leader: that legacy is the castle – a residence which is more or less fortified and sometimes a great fortress.. The bigger the castle, the greater the ostentation of the gift from the lord, the greater is its power, its fame and its prestige among the princes and nobles.

This testimony to an age which began to enter into decline with the French Revolution, but which would not end until the end of the twentieth century, the castle is the physical witness to a very specific society in our artistic and emotional imaginery, specifically in the societies with European national roots; that of our remote ancestors with whom we share the permanence of the Catalan language in a single territory. The exhibition The Splendour of Catalan Castles, with all of the everyday objects that it contains, from the domesticware to the table games, from the arms to the gold and silverwork, does nothing more than to confirm the extraordinary interest that this heritage continues to leave in our understanding of history. The castle, whether in its original state or in an abusively kitsch restoration (by supposed specialists in medieval society that have today been outed as spurious experts) attracts us to a proximity, a familiarity and emotions that are not offered even by the Greek and Roman remains, military installations or the vestiges of other civilizations. 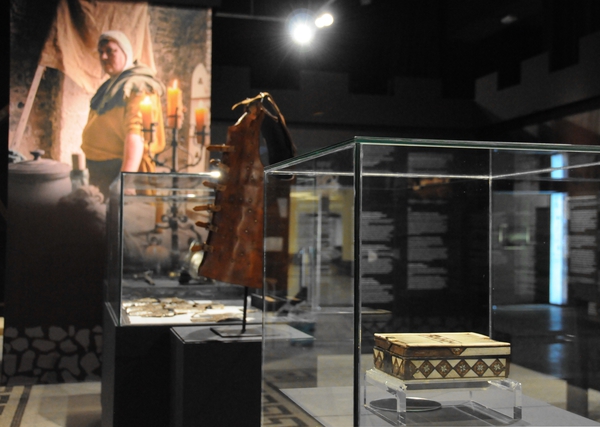 We know that we come from a land of castles in the same way that the Central Americans know that they come from the land of pyramids. The castle is a whole set of things for us but maybe the most important is that it reminds us of the local distribution of power, the fearful existence of fortified buildings where the knights who were able managed to establish themselves behind the threshold of them. In their way they were able to establish a kind of individual freedom, rudimentary it has to be said, and often slight, but nevertheless a certain experience of autonomous living, a certain manifestation of independence of criteria, always within the precarious legal balance of their relationship with the powerful lord. The castle in the landscape is probably the most ancient example of primitive individual consciousness. It is the most profound evidence of man’s personal affirmation.

The Splendour of Catalan Castles can be seen in the Museum of Archaeology of Catalonia in Barcelona until 3 February 2019.