The MNAC: flexibility or bust

“Museums are their collections”. Pepe Serra, director of the National Art Museum of Catalonia (MNAC) is very clear about this, and has repeated it often, just as Maite Ocaña, his predecessor at the MNAC and the Picasso Museum, did before him.

But what he also has very clear is that the time when museums exhibited a fixed and permanent collection are over. For decades British and American art galleries have understood this and now the museums here are doing the same, pressured by a number of factors: the slashing of budgets which has meant museums have to share and cooperate if they are to avoid cultural starvation; the need to offer experiences and knowledge to a broad public; and obviously the entry of new ideas and ways of management that are creating more flexible dynamics in the showing of the works. 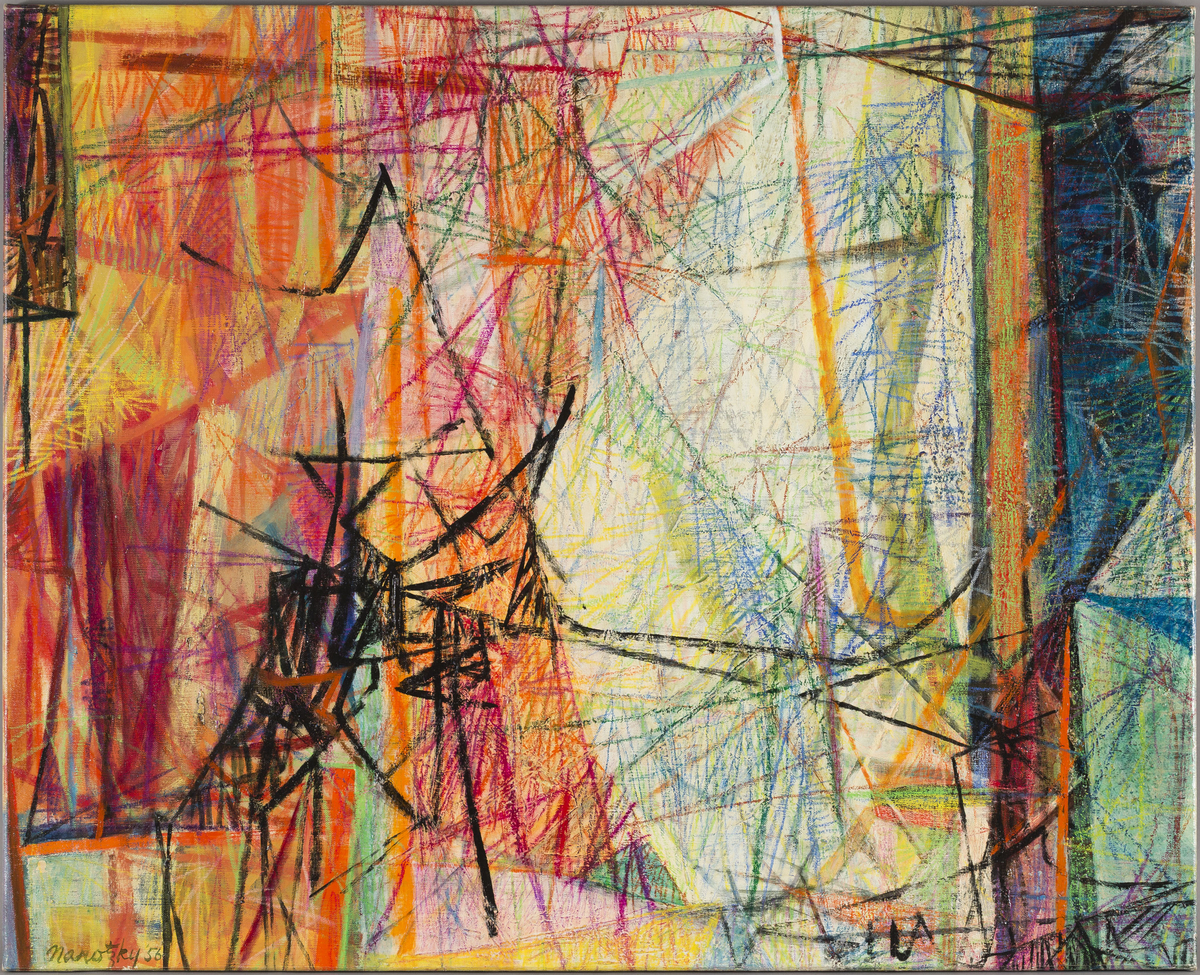 The MNAC is currently at an ideal moment to “rehearse” these new relations and ways of exhibiting since it has been working on the collection of work from the post-war and second avant-garde periods. Despite the financial constraints, and also, and especially, the current lack of space, the museum has just opened two new rooms dedicated to Catalan art from 1940 to 1980, which offer a small taste of what will be, in the not too distant future we hope, this latest period of the MNAC.  Àlex Mitrani is the curator at this exciting time when we are looking at a whole field to be reviewed, with the rediscovery of new artists and a display of the diversity of Catalan post-war art, well beyond the centrality of the work of Tàpies. Evidently, he is present, with three works: two small format fantasy murals and a portrait of Joan Brossa from 1950, manipulated two decades later.

The rooms offer dialogues which cleverly link the works with the artists, despite the fact that the whole exhibition has to be summed up in 40 pieces. Next to the Tàpies sits (finally!) the most nocturnal of Amèlia Riera’s work in a painting from 1963; the daring abstractions by Manuel Duque come into the MNAC for the first time, recovered from an exhibition at the Vila Casas Foundation; and there is talk of an influential exhibition to recover the 1943 show at the Sala Reig, described by Alexandre Cirici as the first to reintroduce modernity after the Civil War.

Public art collections, seen as though they were one.

Among the other works to see the light are The Ironing Woman, by Ramon Rogent, which dialogues with an interior by Ràfols-Casamada preceding his later abstraction; an expressive vanitas by Guinovart and the sculpture The Circus, by Moisès Villèlia. The whole collection has been put together through donations, deposits, loans and some purchases, such as the piece by Guinovart. One of the main origins of pieces, especially those from the collection of the Government of Catalonia, is Barcelona modern art museum, Macba, in a collaboration which from now on will be completely normal. Public art collections seen as if they were one.

Similarly, at the start of the rooms for modern art there are three Picassos, loaned by the Picasso Museum in Barcelona. In the rooms of the MNAC, the works by Picasso fit like a glove: one self-portrait, from when the painter was 14 years old, which dialogues with the room dedicated to self-portraits next to the only oil by Juli Gonzalez; and two academies, in the room about the artist’s learning process at the end of the nineteenth century. One of these is an excellent choice, being a partial copy of the Study by Arcadi Mas i Fondevila, from 1878, which the young Picasso must have copied at the Academy of Fine Art. Picasso’s copy and Mas’s original, which is the property of the MNAC, have come together after so many years.

Further along the tour of modern art in the MNAC, next to the room showing republican posters from the Civil War, there is a temporary exhibition by contemporary artist, Pedro G. Romero, which can be seen until 28 April. Again, the works fit perfectly into the route with one of the three reconstructions made by the artist of a checa (a room for interrogation and torture used during the Civil War), belonging to the uncontainable Archivo F.X project, on iconoclasms and profanity in relation to art. It is a copy of the Saint Ursula checa in Valencia, in which the precepts of Alphonse Laurencic on the use of iconographic elements of modern art for the purpose of torture are perfectly applied.