The movements of art in movement

Following its 15th anniversary last year and the beginning of a period of reflection, LOOP – the only fair dedicated exclusively to European video art – returns from the 20 to 22 of this month with a renewed energy.

Meanwhile the festival that it forms part of has already started in various places in the city.

As well as moving from the month of June so as not to disappear among the numerous festivals that are increasingly taking place around those dates, the fair is also changing its base. It will no longer be in the Catalonia Ramblas Hotel, which has gone restricting its possibilities over the years, but at the innovative and fascinating Almanac (Gran Vía, 619) which for two days will make all its facilities available exclusively to video lovers.

While waiting for the final blow-out of LOOP which will be offered by the 42 participating galleries, the fair is already contaminating the city with other proposals.

These are some of the most unmissable:

Homage to the face of Spanish videodance in the world – a multitalented and astute woman who died before her time a year ago. A choreographer, artist, teacher and theoretician, played a decisive role in the fusion between dance, video and new technology. She conceived ground-breaking events which put into practice the interdisciplinarity long before it became an obligatory part of contemporary art and she was a pioneer in developing technologies for direct performances. All of this and more is told through her achievements by the curator Imma Prieto.

Happens or it didn’t pic – Blueproject Foundation – Until 13 January

In their first solo exhibition in Spain, Eva and Franco Mattes, better known as 0100101110101101.ORG, reflect on truth and lies of a reality filtered through the sieve of social media networks. In an installation that looks like an office after a storm, several videos show the hidden strategies of the information society, their obsessions and manipulations in the construction of what has been called the post-truth. 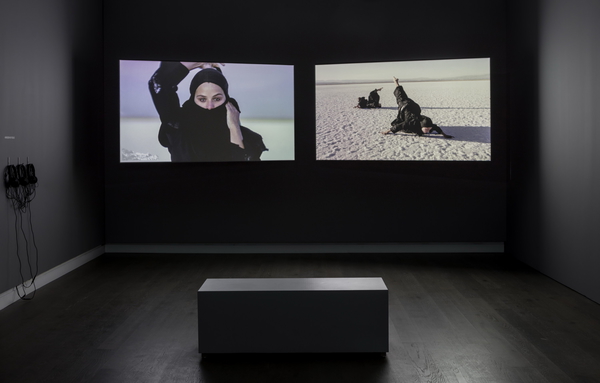 The idea of beauty has become increasingly distanced from art, being considered inadequate for expressing the complexity and contradictions of modernity. Isabel Rocamora reclaims it through works which oscillate between defiance and nostalgia present a battle between body, space and identity, with no concessions to aestheticisation. This is the case of Horizon of Exile, an intimate meditation on earth and identity based on the stories of Iraqi refugees superimposed on an interminable desert crossing. 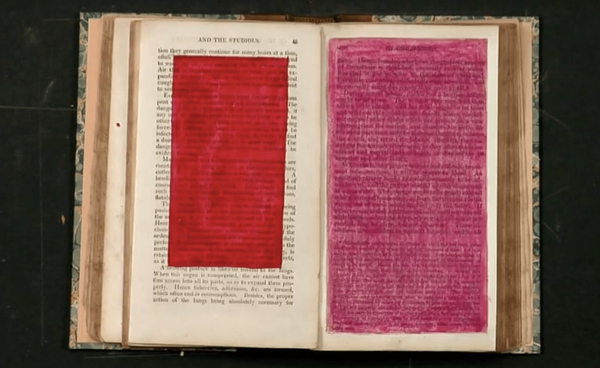 Having enamoured half the world with black and white cartoon videos, which give a poetic form to the contradictions and suffering in his native Africa, in Sonnets Kentridge proposes an exploration of colour in movement. Edited using the rhythms and sounds of Shakespeare’s Sonnet number 18, it is a flip book filmed in video, created using thin layers of colour painted on the pages of the book. The projection marks the first collaboration between loop and the Venezuelan collector Tanya Capriles. 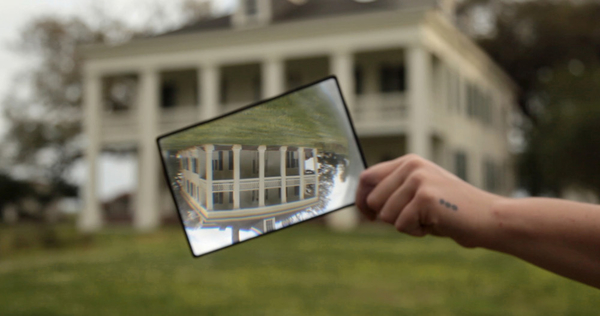 The open section of the festival offers an x-ray of the contemporary art scene in Barcelona. Added to the galleries of the Art Barcelona association are another thirty-odd spaces with highly recommended videos, from the work created by Jake Elwes using Artificial Intelligence (Espai Angram) to projects by Miralda (Senda) and the unreal atmospheres of Alberto Merino (Espai Souvenir).