The Other Catalans of the Biennale

There is life beyond the pavilion. The Catalan art scene in Venice nudge their way into institutional projects for the Biennales and also parallel initiatives.

Paul B. Preciado is the curator of the incredible Taiwan Pavilion and David Armengol has curated the project by Yamandú Canosa for the Uruguay Pavilion, while Lorenzo Quinn is seeking to repeat the media success he obtained in 2017 with a bridge of monumental hands. There are also the galleries: Senda with Tavares Strachan and NoguerasBlanchard with Ad Minoliti in the central exhibit of the biennale and ADN with Kendell Geers in the Giudecca Art District. And to top it off there is the exhibition dedicated to Fortuny, father and son.

For a brief time the Macba envisaged the chance to find its way and become a museum that was truly open to current artistic practices. It was when Bartomeu Marí signed up Valentí Roma and Paul B. Preciado as heads of collections and public programmes respectively. But the story is sadly too well known: censorship, pressure, ignorance and zero vision leading to its dismissal – a serious mistake confirmed by every project carried out.

Paul B. Preciado is curator of the Shu Lea Cheang project for the Taiwan Pavilion which occupies the Palazzo delle Prigioni, where such famous characters as  Giordano Bruno and Giacomo Casanova were imprisoned – “not the legendary heartbreaker but the first person to promote the condom”, says Preciado. The project is about surveillance from the historic jail to contemporary digital control and about repression and punishment for questions of gender, sexuality, difference and non-conventional attitudes. 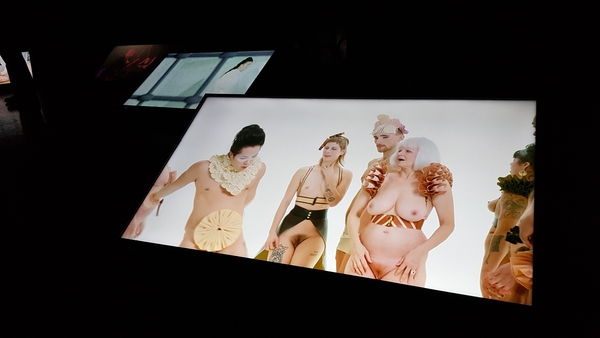 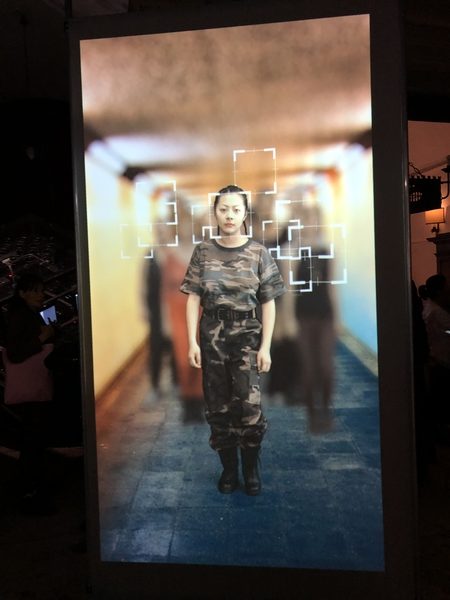 The title 3X3X6 alludes to the architecture of modern 3 metre by 3 metre prison cells watched over by 6 cameras. It is an inverted panoptic along with ten short films which invite reflection through ten true stories of people condemned for crimes of an allegedly sexual nature. Casanova, the Marquis of Sade (jailed for sodomy for 32 years!), Foucault, the woman who cut off her husband’s penis (sentenced to life imprisonment) and the man who agreed to kill and eat another man after having sex, are some of the central characters of these trans-temporal audio-visual stories which trap the visitor in a dimension outside the rules, where the ‘queer’ vision is mixed with cyber-aesthetics, video games, comics, ancient myths and fake news. Anyone can take part downloading the app http://3x3x6.com/app and sending a video-selfie of themselves dancing in support of a young Iranian detained for publishing himself dancing on Instagram.

“The Empathetic House is the house of broken-down borders.”

Cataluña is a welcoming country. I know it and so does Yamandú Canosa who arrived here from his native Montevideo in 1975 and stayed here. Canosa is representing Uruguay under the curatorship of Catalan David Armengol and Patricia Betancur. His project , The Empathetic House concentrates on the history of cultures, meetings and migrations which characterise the mixed and alluvial Uruguayan society. It is the house that defends the hybrid, diverse and border-crossing identity of Canosa himself, through paintings, drawings and murals (he recently created one for La Infinita in L’Hospitalet) creating a subjective non-linear cartography of displacements. The Empathetic House is the house of broken-down border.”, the curators explain.

Lorenzo Quinn, son of the unforgettable actor Anthony Quinn, and resident of Castelldefels for over 25 years, tries to repeat the media success that he obtained in 2017 with the giant hands holding up a Venetian building, constructing a bridge made up of six pairs of hands joined in different positions and measuring 15 metres. However, this time the piece is not housed in the privileged location of the Canal Grande, but is hidden behind the moorings and the containers of the Arsenal Nord, such that it is only visible from the sea. 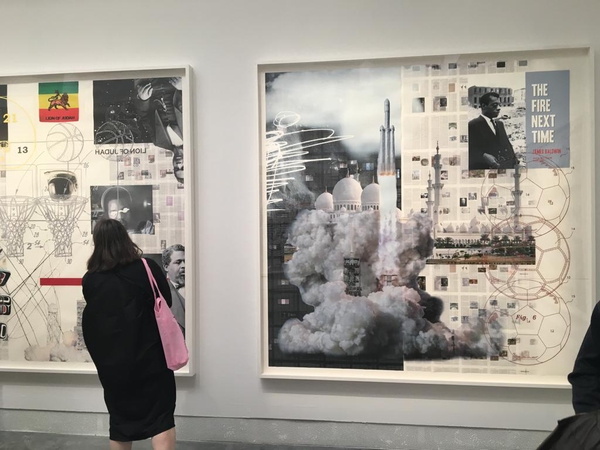 Tavares Strachan in the Biennale.

Among the numerous Barcelona galleries represented in Venice, two have artists with major places in the Biennale: Senda with the conceptual artist Tavares Strachan who will soon be exhibiting in Barcelona and NoguerasBlanchard with Ad Minoliti, who has just presented a show in his base in L’Hospitalet. ADN gallery is exhibiting in the Giudecca Art District, on the island of the same name. It is a piece against violence and repressions by South African artist Kendell Geers, whose works can be seen in Barcelona until this Saturday (18 May). 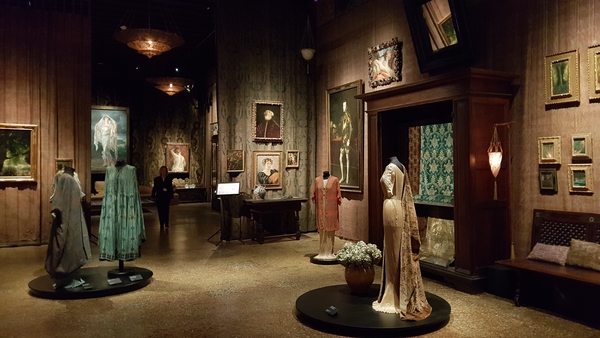 As the cherry on the top of the contemporary cake, the Palazzo Fortuny is commemorating the 70th anniversary of the death of Mariano Fortuny i Madrazo with an exhibit that shows his multifaceted artistic production and that of his father Mariano Fortuny i Marsal. His passion for painting and even more for collecting and precious textiles, which formed the mix of cultures and traditions that fascinated him, are evident in works on loan from different museums including El Prado. Apart from the pieces themselves his personal objects and the sophisticated and luxury environment that was the home and studio of the Fortuny family, until it was donated to the city by his widow in 1975, are particularly fascinating. This exhibition, like the 58th Biennale, will close on 24 November.