The Pluralistic Imaginary of La Capella

La Capella – 25 years after is a series of six exhibitions which pick up the path of this municipal space with its commitment to emergent art in Barcelona.

From January to June six group exhibitions will have taken place in this iconic Building on Carrer Hospital (this is the fifth, Scene 5: Strata) which review what has been the La Capella visual arts programme since it was established in 1994.  David Armengol, Sònia Fernández Pan, Eloy Fernández Porta, Sabel Gabaldon and Anna Manubens are responsible for these six exhibits, constructed “in a more passionate than analytical way, more intuitive than logical”, they explain. And they are not wrong.

If collectively they have a certain air of future society and posthumanity, it would seem that each individual offering has its own dialogue. Any attempt at finding a joint message would be putting too much strain on the machine. Some of the proposals at La Capella invite a good dose of literary and mythological imagination through the two universally renowned figures of Quixote and Medea, but also linguistic imagination with more than one of the works addressing linguistic polyphony and Babel. 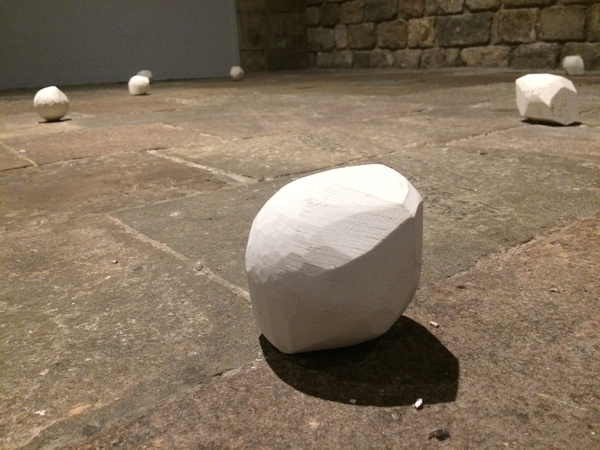 Anna Dot has created a subtle and minimalist but hugely forceful installation using ten white pebbles which evoke the pathway of repeated errors followed in the life of Quixote follows and, by extension, in the lives of humans (a work which, like others in the show, was already part of the previous chapter of this exhibition in six episodes); Antoni Hervàs has constructed a surprisingly chirpy and primped-looking Medea sculpted out of textiles, capable of laughing at her own tragic situation and appropriating the irreverent spirit of Dionysus. 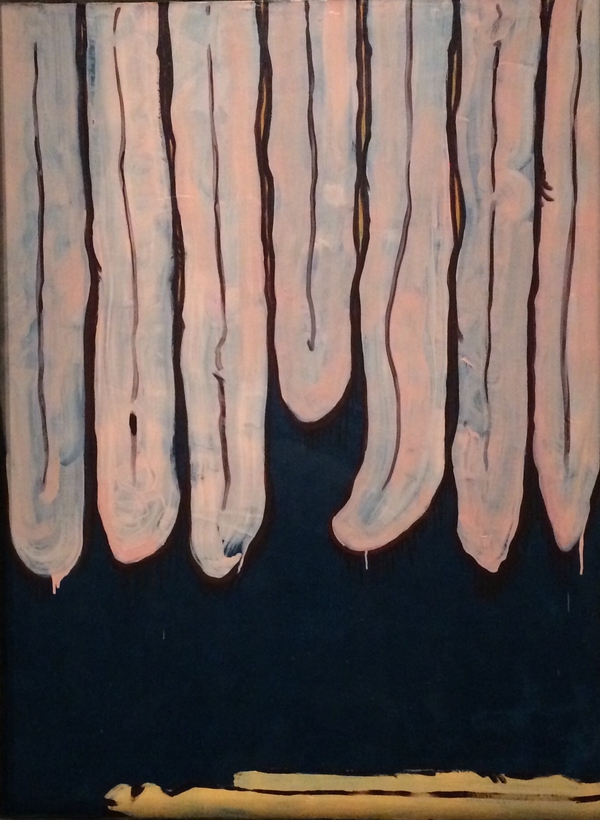 Through the more plastic language of paint, Rasmus Nilausen evokes the Babelian plurality of languages in a proposal which links up with the linguistic performance that Quim Pujol has offered during the exhibition (Saturday 11 and Sunday 12 may). Pujol raked up common demonyms which are evidence of the prejudices from which language is constructed, with expression such as “British punctuality” or “in Indian file”.

Layers of language, imaginary and cities, layers of time…

Another consciously linguistic proposal is that of Marc Vives who has spread the different chapters of a novel around the space so that they can be read (and experienced) in a fragmented discontinuous manner, just like life itself. In fact, the main character in the story, which belongs to the bildungsroman genre, builds his vital space in reverse of the times he has lived through: from maturity to infancy. 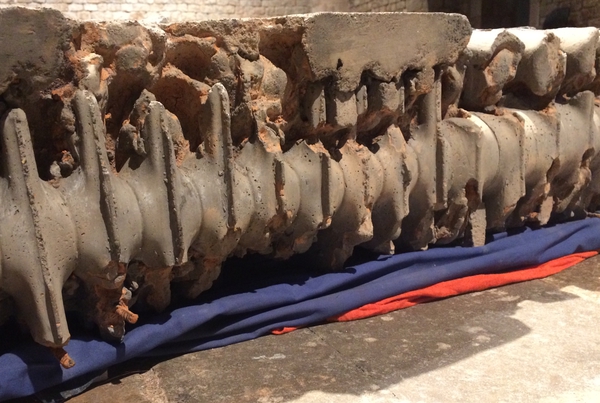 Finally, in this part dedicated to language, Marla Jacarilla takes brief excerpts from dystopic novels and stories to make an almost blank collage in line with some of the works of Ignasi Aballí and Mar Arza. Jacarilla’s work  acts as a hinge between more linguistic proposals and those which talk about uncertain hypotheses for the future. A future cyborg invoked by the machine installation by Carlos Saéz and his sculptoric ginny which is activated when it detects someone approaching. A crudely aesthetic reptile object which links in with the pieces by June Crespo made from rubbish, transforming the organic functionality of daily objects such as a radiator in layers of sculptoric material, and  with the light but powerful volume of works by Julia Spinola, with a piece made of small pieces of cardboard pressed and compacted to remind us that our world is one of waste, undoing and excess. It is world controlled by the same lifestyle that extends across all cities and which Francesc Ruiz reminds of with an installation made up of the publicity boards for a well-known mobile phone company. 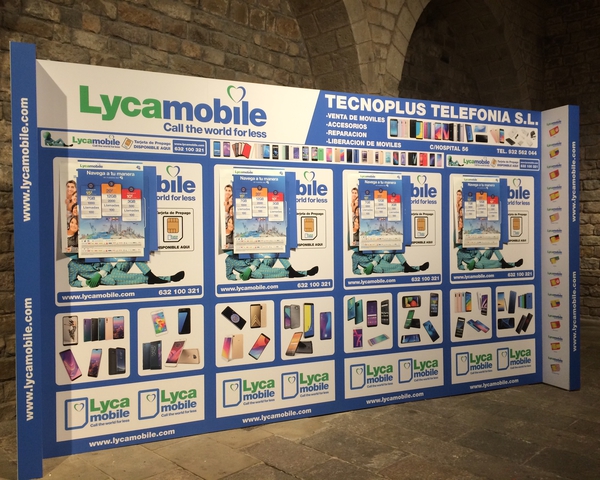 Although the exhibition at La Capella seemed to speak to each of the pieces individually, as a whole its choral element and its fidelity to what it promises can be seen: stratigraphy or the study of elements superimposed in time in layers or strata. Layers of language, imaginary and cities, layers of time…of human time.

The exhibition Les escenes: 25 years after. Scene 5: Strata can be seen at La Capella in Barcelona until 26 May.