The Purge of the Foundations

The artistic and hereditary fabric of Catalonia is extensive…and thinly spread, too thinly spread. Are the recent staff dismissals at the Joan Miró Foundation and the “strategic change” at the Antoni Tàpies Foundation, warnings of future suspensions?

The Miró Foundation in Barcelona has announced a loss of between 800,000 and one million euros and has consequently let seven of its workers go. There will be more. 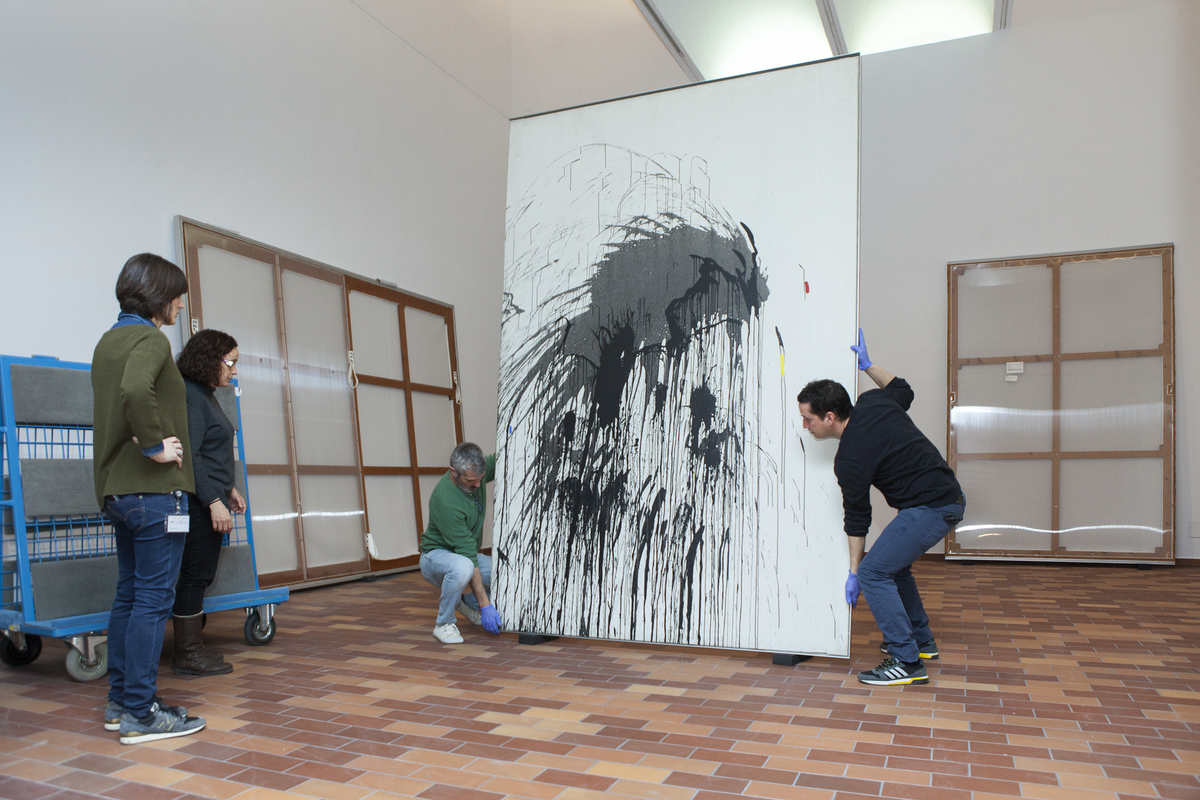 Assembly of the Joan Miró’s Triptych of fireworks (1974), at the Miró Foundation.

The Antoni Tàpies Foundation has a much more flexible structure, but it has also declared its intentions to seek “other models of operations” to obtain resources.

Twenty per cent of the resources of the Miró Foundation, of a total of 8 million annually, are public. In the case of the Tàpies Foundation, of an annual budget of 2 million euros, 50% come from public contributions. The programming for both institutions in 2019 is very austere.

But these are not the only cases. The rest of the artistic institutions in Catalonia, whether public or private, are also in a precarious place. You just need to see the programming announcements in the newspapers for this year, which are significantly inferior to those during the worst years of the crisis. Whatever they might say, we have not recovered.

So, how did we get into this situation? There are many factors to take into account. For example, since 1981 foundations and museums have been springing up like mushrooms, whether they were needed or not. And we have infrastructures that require maintenance, whether we like it or not.

In a kind of inverse progression to this proliferation, the commercial ecosystem of the arts has declined: the old collectors have not been relieved or replaced. There are fewer buyers of art and the local public has stopped going to visits galleries and museums. So here we are with a great heritage, but one which we have been unable to explain or to convert into a common value.

Let’s not forget that Picasso, Miró and Dalí –three universal creators– sold virtually nothing here. If it were down to the local market they would have starved. The current panorama is not so different.

The savings banks were an important factor in the production of art exhibitions. Now that they have disappeared, in some cases their cultural projects survive but are much diminished.

Since Catalonia is a nation without a state, it is impossible to project its artists internationally. And Spain has not promoted any law for patronage. And so, there are no tax benefits. And even if there were you can imagine that they would be monopolised by museums like the Prado or the Reina Sofía. Catalonia would not even see the crumbs. And I could give you many examples of Catalan companies who have sponsored many more exhibitions in Madrid, and even in Paris, than in Catalonia.

On the other hand, our public or semi-public museums and centres have played with everybody’s money. Most of the staff that you see when you visit a museum or foundation are on temporary contracts: the company charges more than three times the amount received by the workers. Obviously these companies are not Endesa or Naturgy, but all of them have “passing” politicians on their payrolls. Those who have lost their position in one institution and are waiting for the opportunity of a new institutional post, whatever the part: political parties, like mafias, look after their own.

We have filled out artistic institutions with bureaucrats who manage artificial programmes, and we have forgotten two fundamental facts:

Roberta Bosco warned us, in Mirador de les Arts, about the tension at the Miró Foundation. On Wednesday she explained in El País that the directors of the foundation had laid people off, but they had recognised having made a mistake during the last year under the directorship of Rosa Maria Malet, of spending a million euros moving the permanent collection to the ground floor. A mistake which has cost seven jobs, maybe more.

But the most important questions regarding this purge are the ones we should be asking ourselves: “have I ever bought a work of art, however, simple or cheap?” “When was the last time I visited an art gallery?” “And the last time I went to a museum?”. If the answers are: “never”, “I can’t remember” or “during Museum Night” then there you have the main culprit.