The World of Casas

The painter Ramon Casas was the great columnist for one of the most brilliant and convulsive periods of the history of Catalonia. The Gothsland Gallery has put on a magnificent exhibition of his work, which accompanies the presentation of the first volume of the Complete Catalogue of the artist.

Ramon Casas (Barcelona, 1866-1932) is one of the best-known Catalan painters. But his international fame is not the same as that for the young artists who succeeded him: Pablo Picasso, Joan Miró and Salvador Dalí. Even though Picasso earned his living falsifying Casas’ work.

He was an establishment painter, but also an extremely popular creator of advertisements and advertising icons such as the famous Anís del Mono. He was also the author of the monumental and canonical oil painting of the socially reclamatory The Charge 1899). He also reflected the new role of women in modern metropolitan societies and gave the urban masses a pictoric presence, incorporating new technologies such as the bicycle, the motor car, the water heater and the gramophone, etc. In an artistic repertoire which was limited up until then. 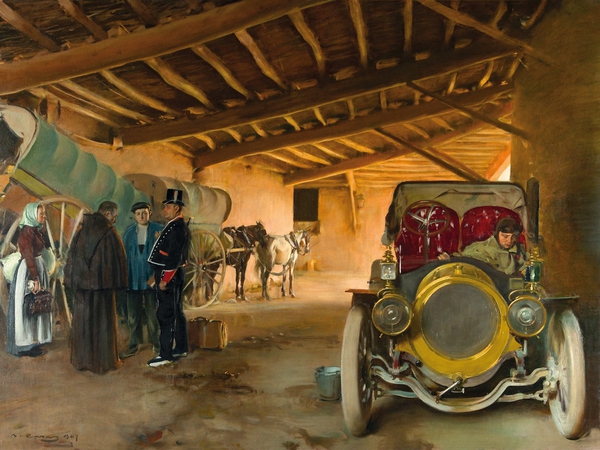 Ramon Casas is infinite…and obvious. So obvious that 30 monographs have been published of his and there are yet things to be said. Isabell Coll published a catalogued which included more than 670 works. Gabriel Pinós, the person behind the Gothsland Gallery and the recently created Ramon Casas Estate, has just published the first complete catalogue of the artist, with almost one thousand works. 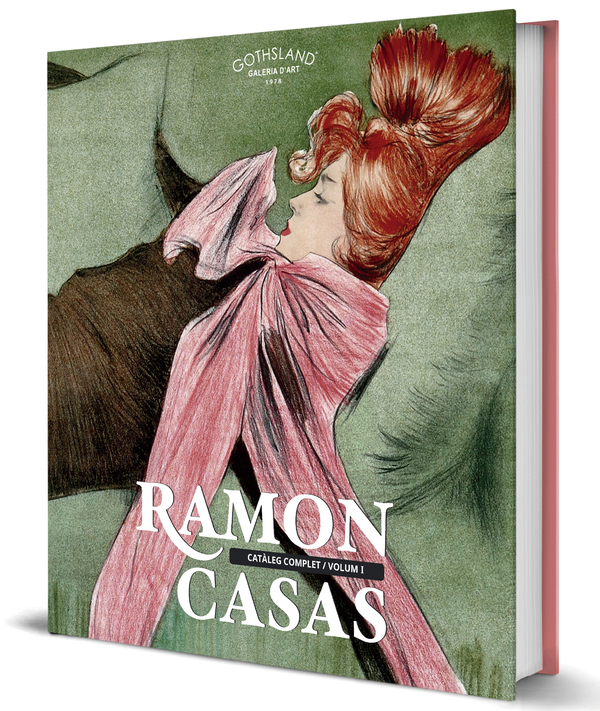 Ramon Casas. Complete Works (there are versions in Catalan, Spanish and English) is composed of 12 specialist studies (Gabriel Pinós reserves a double chapter for the two- and four-wheeled vehicles of the artist) each dealing with a specific theme. For example, Ramon Cases through his own image, by Juan C. Bejarano, Casas as a portrait painter of the famous, friends and family, by Jordi Sánchez i Ruiz, Júlia Peraire as the definitive artist’s muse, by Emiliano Cano Díaz, and his famous side as a poster artist by Santi Barjau. 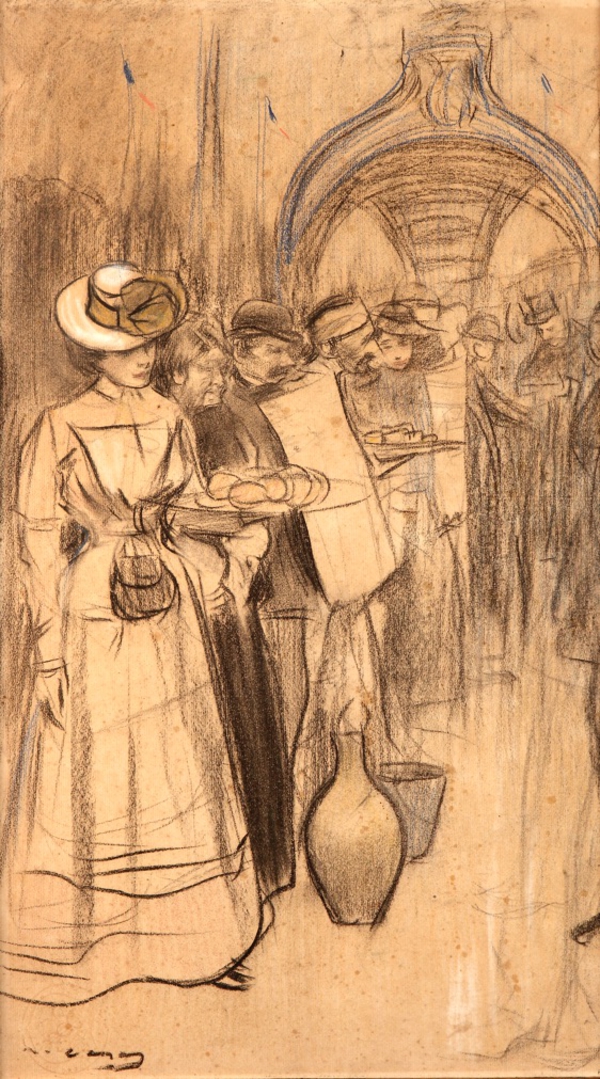 Ramon Casas, At the gates of the Universal Exhibition, Paris, 1900.

This 340-page volume with over a thousand illustrations costs 120 euros. Apparently this is expensive for a small format paperback publication. But this is a reference work with articles written in an accessible but rigorous language, full of hitherto unpublished contributions. It is a private initiative with no institutional funding. In short, it is a necessary contribution which is both useful and, on the part of those who have produced it, highly risky commercially speaking.

An exhibition featuring a monumental Renault 8 hp from 1908.

On the other hand, what is free is access to the Gothsland Gallery where, to celebrate the fortieth anniversary and the launch of the first volume of the Complete Works of Ramon Casas, there is an exhibition featuring a monumental Renault 8 hp from 1908, almost identical to many of the cars which the Catalan artist owned. And besides this – thirty works: paintings, drawings, posters and even series of tiles Els adelantos del segle XIX (c. 1903) which ironize the technological revolution of the turn of the century in terms of popular art. 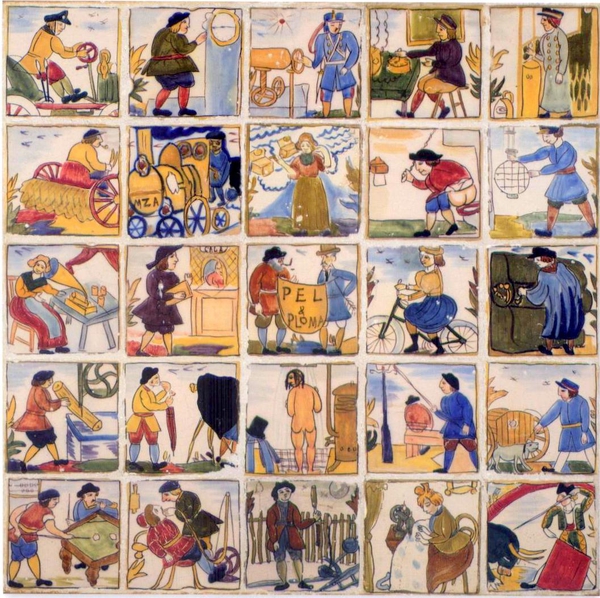 Casas during the period 1880-1910 is the painter of modern life. He makes portraits of the big names of the time – politicians, businessmen, thinkers, creators: he highlights the role of women in high society, he talks of the masses and, through advertising, to the masses. There is sport – let there be no doubt that sport was a modern invention – and he travelled widely, whenever possible by car. And you cannot imagine what it was like to drive from Barcelona to Paris in 1902!. In short, beyond his personal circumstances (he was born into a rich family and never wanted for anything throughout his lifetime) the pictoric work of Casas goes well beyond his social standing.

Some artists are so evident, versatile and present that it takes an effort to rediscover them. The Ramon Casas exhibition at the Gothsland Gallery in Barcelona (until 28 February) and the first volume of the Complete Works offer us a unique opportunity.