Time is on the side of the vanquished

Just when the United States once again demonstrate their untamed meddling in the internal affairs of South America and when Pedro Sánchez recognises and legitimates a self-proclaimed president in Venezuela (Guaidó was the first person to congratulate Bolsonaro when he won the elections in Brazil), Macba is opening the necessary and timely exhibition Undefined territories. Perspectives on colonial legacies.

The exhibit, curated by Hiuwai Chu, displays the despicable practice which has been perpetrated for centuries and up to the present day: the manipulation of reality, the falsification of the hegemonic story, which erases and rewrites what it wants and when it wants.

It is demonstrated graphically by Alan Carrasco with Chinkachiy (eliminate or erase in Quichua, one of the autochthonous languages of Peru), a portrait by Túpac Amaru, the indigenous chief who led the great rebellion against Spanish domination in the eighteenth century. Decades after his cruel execution Túpac Amaru became an icon of the fight for independence and the rights of the native people, to the point where he even appeared on Peruvian coins (albeit in Hispanic dress). However, after his name was adopted by armed groups in Peru, Uruguay, Venezuela and Argentina his figure was erased to the point where he disappeared from the official Peruvian narrative where since 1991 the coins bear the image of whites or creoles. For that reason, the delicate mural at the Macba is like a point of revelation and can only be appreciated from certain perspectives. 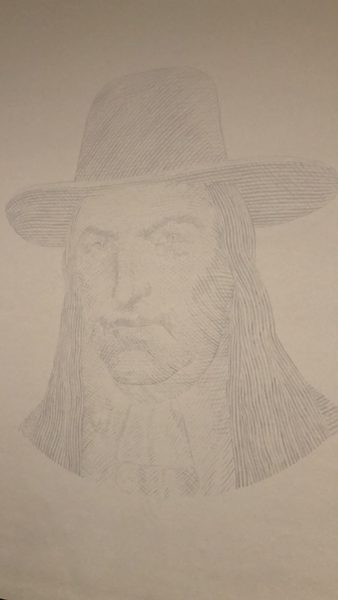 Just as the conquerors eliminated the memory of famous figures, they also erased the culture in yet another confirmation of the arrogance and ignorance of power. Maria Thereza Alves demonstrates this in This is not an apricot, a watercolour which illustrates twenty kinds of fruit that the indigenous peoples gave other names to, relegated to oblivion after decades of linguistic imperialism, and which she has brought together once again under the unique and reductive name of the apricot. 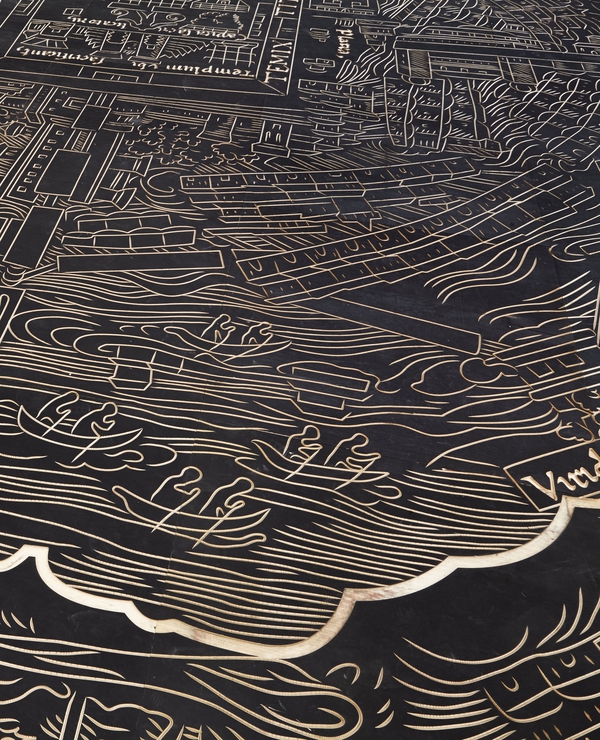 “Colonisation was not only territorial and economic but also cultural through the imposition of structures of knowledge and ways of representation”, states the curator, who has opened the show with the spectacular magnification by Mariana Castillo Deball of the map of the Aztec capital Tenochtitlan, which the envoy of the Spanish monarch, Hernán Cortés, had sent the king in 1520, and which the following year had been destroyed. 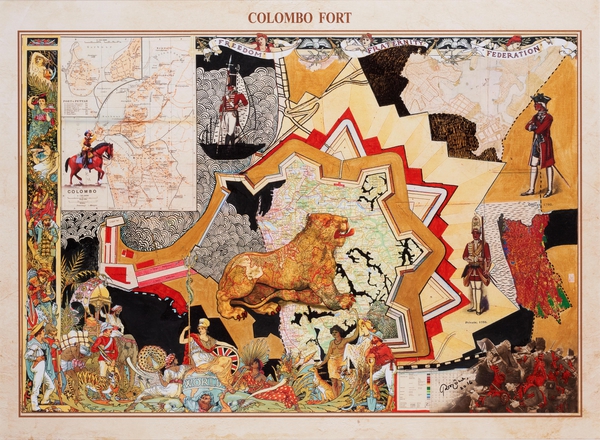 Through the selected works, Chu tackles the elements that have formed the backbone and justified the story of the great colonial powers: the imprisonment and execution of authoctonous leaders (Carrasco), the destruction of native languages (Alves, Lothar Baumgarten), the construction of monuments (Daniela Ortiz and Xose Quiroga), the separation and annexing of territories (Munem Wasif), the transformation of the political cartography (Pala Pothupitiye) and nationalism as an excuse for the justification of totalitarian regimes (Dana Wabira). Excluding perhaps the inclusion of still life as a tool for imposing a western view (Sandra Gamarra), it is somewhat shocking to see how all the elements contribute to a reduction of the power of the autochthonous people which can also be read as a contemporary text.

To show the point to which the new nations have maintained the aesthetic, the protocol and even the systems of their colonisers.

The saddest of all is the Stockholm syndrome that affects the colonised countries. It is seen clearly in the Ghanian children of the film by The Otolith Group who state that they would have preferred to be slaves so that  they could now be as rich as the Americans; the Superflex video which tells the story of Mayotte from the Comoro Islands, who chose to be recolonised by the French in 2011, or the photographs by Maryam Jafri of the Independence Day celebrations in the old colonies which just go to show the point to which the new nations have maintained the aesthetic, the protocol and even the systems of their colonisers.

It is true that it is the victors who write history, although sometimes the wait is unbearable.

The exhibition Undefined territories. Perspectives on colonial legacies can be visited in the MACBA until the 20 October.