Tintin on the Moon

Cosmocaixa is offering something which, from the outset, may seem surprising: an exhibition linking Hergé’s famous “Mission to the moon” from 1950 with the Apollo 11 mission in 1969.

Even after seeing the exhibition some people will continue to find it odd, since unfortunately the relationship between these two things is not really sufficiently explained.

This is a small exhibit which is announced as Tintin and the Moon: Fifty years since the first manned expedition. The assumption is that there is a connection between the Belgian comic and the US mission, but in fact, they are two small exhibitions that say different things. One is about space travel and the other is about Hergé’s working method.

The most interesting part is the moon voyage. The documents and audiovisual displays are curious and give details of the different expeditions that made the moon landing possible and also show some of the original pieces of astronautics of the time. Thing topic alone would merit a much larger exhibition in terms of both size and ambition to cover the infinite aspects that a science museum of this kind can offer. The possibilities are endless – from the type of fuel or the technological complexity of the film crews to the conspiracy theories which deny that the voyage ever took place, even if only to be refuted.

The Tintin section is very small, with no original materials and only including a few books about Hergé. Tintin fans will be disappointed. There are, however, as few curiosities, such as the pressurised space suit designed by engineer Emilio Herrera in 1936, which almost deserves a trip to Cosmocaixa in itself.

Having said that, I do think there is a connection between Hergé’s work of fiction and Armstrong’s moon landing. 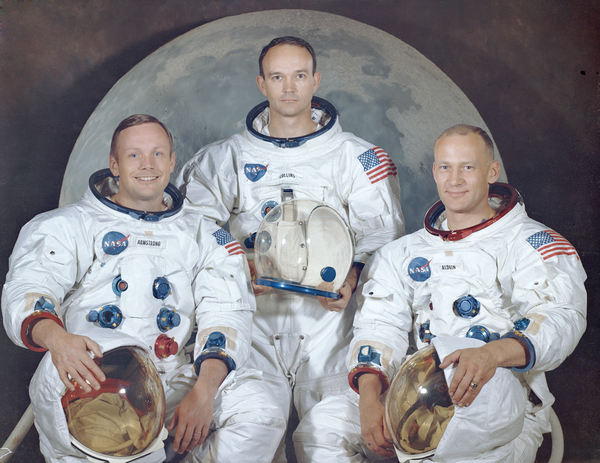 First, there is the role of fiction in technological progress. The only possible future is that which has already been imagined beforehand. When Jules Verne wrote about the future he was, in a way, helping to form it. When novelists, film makers or comic artists imagine the future, unlikely as it may seem at the time, they are opening a window to the fact that this future is a possibility. The future is not decided by “others”. It is increasingly that we imagine together, and which some go on to construct.

Regardless of whether its objectives are possible or not at the time, forward-looking speculative design often analyses the fiction of film, novels, comics or cartoons to find sources of inspiration. It is such a suggestive field that just reading the title you intuitively expect a world of shared influences and feedback between fiction and science. 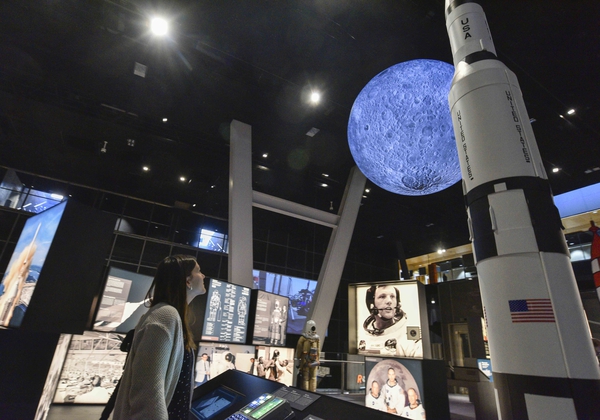 Second is the need on the part of both Hergé and the NASA to create the legend. I won’t go into digressions here over whether the Apollo 11 mission possibly did not happen, since I have no new information which is not already posted all over the internet on the subject.

But what is certainly true is that the USA needed a story to tell to counter the power exhibited in the previous years by the USSR in the space race. More than anything, stepping onto the moon is a tale, a story, a best seller of technological power, derring do and heroics. It has all the elements to be read as an epic story of the greatest of America. And that was the main aim. With that kind of reading it is of little importance whether they were actually on the moon or not. The important thing is the way they told the story of how they arrived, and all the emotional detailing involved in describing the mission. Proof of this is that the most advanced technology was precisely what allowed the broadcasting of the “one small step for [Armstrong], one giant leap for mankind”. The literary elements which coincide with comics where Tintin lands on the moon and in the “feat” of the US astronauts are clear. In the same way that Hergé made his storyboards before starting to draw, somebody created the storyboard of the lunar mission.

The telling of the story was as or more important than the truth.

In 1959, ten years before, the USSR and the USA challenged each other to an exchange exhibition on their respective countries. In fact, it was a mutual attempt to convince the other of their political systems. In New York the Soviets exhibited their space power, nuclear technology and heroic realism. The Americans commissioned Billy Wilder to tell a story and he created the famous ‘Kitchen Debate’ between Nixon and Khrushchev where they discussed the differences between capitalism and communism. Apart from what they actually said, which was measured, at least by Nixon, Wilder introduced some subconscious elements such as Nixon appearing on the right of the images. In Greek theatre to “good” characters appear on the right of the stage and the “baddies” on the left!

Some say that Wilder, or another film maker, possibly even Kubrick, were advisors to the NASA in the creation of the moon voyage story. Whether or not that is true, what does seem evident is that the telling of the story was as or more important than the truth.

Thinking again about the hidden narrative, my favourite is the other thing that Armstrong said before returning to the space ship: “Good luck, Mr. Gorsky”. For many years nobody knew what he meant, but some years ago in an interview with him a journalist reminded him of the sentence. Neil Armstrong, who had always refused to answer questions about this, finally did so as it seems the people involved were now dead. It turns out that when the ten-year-old Armstrong was running around playing baseball in the street with his friends a poor hit landed the ball in the garden of a neighbour, Mr. Gorsky. Armstrong crept into the garden to retrieve the ball – it had happened before and one time even broken the window. As he picked up the ball he heard Mrs. Gorsky exclaiming:

“Oral sex? You’ll get that when the kid next door walks on the moon!”

The exhibition at Cosmocaixa brought back that and a lot more because just like the 1969 expedition, the evocative title runs rings around the final shaping of reality.