Marès, Straight out of a Novel

It is never easy to really see the works in a museum for what they are. Normally we get a bit of an overview, from a distance, like looking at clouds, or the sea, or a constellation of stars, or looking at somebody’s geranium on their balcony. 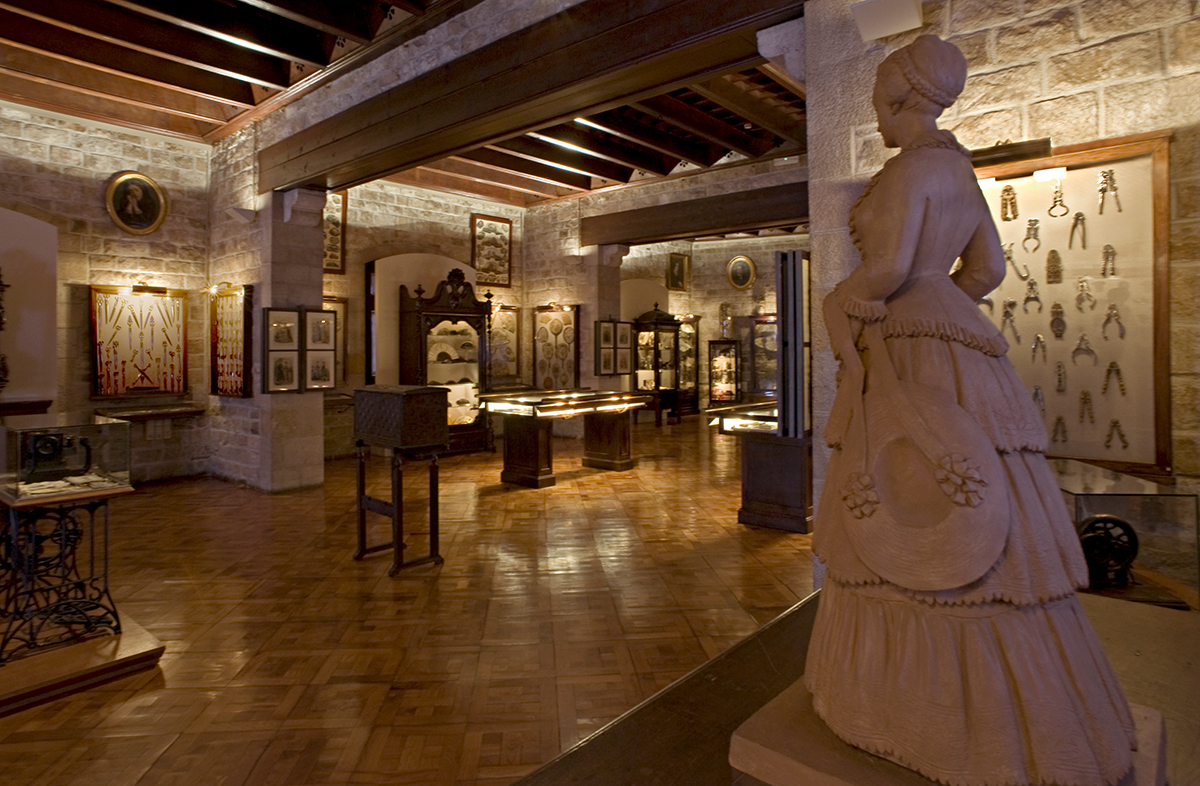 So, some museums have been trying out some clever tricks to offer better and more convincing explanations. The night visits for example bring out the adventurer in the visitors as well as their imagination, perhaps helped by the darkness. Actors have sometimes been hired, also for their capacity for fiction, allowing the visitors who want to be carried along by the fantasy of a certain character straight out of the past acting as their guide.

It is from this perspective that the Marès Museum has begun to organise guided tours using the evocative, transformative power of literature. On this occasion we are not accompanied by actors on the routes but by the voices of some of the great writers who lived in times that will never come back, of which there are just a few remains, a few testimonies of life and art like those that have been so proudly accumulated by the museum.  The visit is called  A Museum out of a Novel and takes us around the cabinets of curiosities with the guidance of some great literary fragments from the or about the turn of the twentieth century. Sometimes simple curiosity can offer us knowledge in the same way as wisdom emerges from modesty. Jacint Verdaguer called it “that voice of those who are absent”, the voice of those who are no longer here but who evidently continue to be present, the plasticity and the ideas of a contemporary literary language juxtaposed with the objects we look at in the museum and which have lasted as evidence of the passing of time over us.

The Marès Museum is one of Catalonia’s greatest treasures – a gathering of extraordinary pieces which unsettle and fascinate us.

Frederic Marès collected antique collections, he preserved objects from destruction in the same way as literature keeps alive for us a past that we do not want to disappear – the Barcelona which would be changed by the Universal Exhibition of 1888, the Barcelona of Pitarra, rough and hand-crafted, the dramatic Barcelona of Guimerà, both of whom filled the city’s theatres; the Barcelona of a fabulously wealthy Catalan bourgeoisie who made their money during what Narcís Oller called Gold fever. This was the great city that broke, stifled,  out of its own walls to grow unrestrainedly, described by Joan Salvat-Papasseit, the Barcelona of the tireless manual weaving of the hives of women and the fiery furnaces where the men, half hidden by the smoke, hammered away. This is also the city of people who smoked tobacco and still used snuff and spoke excitedly about Paris, as the books of Santiago Rusiñol assures us. It is the Barcelona in which Josep Pla became a writer and the hub for  Marian Vayreda, Joaquim Ruyra and Prudenci Betrana. The city of modernity which, like in the novels by Mercè Rodoreda, sees everything and wants everything to be a part of it.

The Marès Museum is one of the great treasures of Catalonia and a gathering of extraordinary pieces, of presences that unsettle and fascinate us; the more we look at them, the more we understand them.

The activity A Museum out of a Novel. A literary walk through the “sentimental museum” will take place on Saturday 21 September at 11am at the Frederic Marès Museum. You must book a place. Groups can request the same activity on a certain, here.