Velázquez, the Gold of the Indies and the Captains Alatriste

Philip IV of Spain contracted Diego de Velázquez when the painter was twenty-four years old. He had just arrived in a Madrid that was at the height of Gold Fever. This was the Spain of the Golden Age, the gold which arrived from Seville from the Indies and which no sooner did it enter the royal vaults than it was on its was again to Europe.

Since the time of Philip IV’s great grandfather, the Emperor Charles V, the Austrias had been embroiled in a series of wards which cost them a good part of the wealth of the crown. 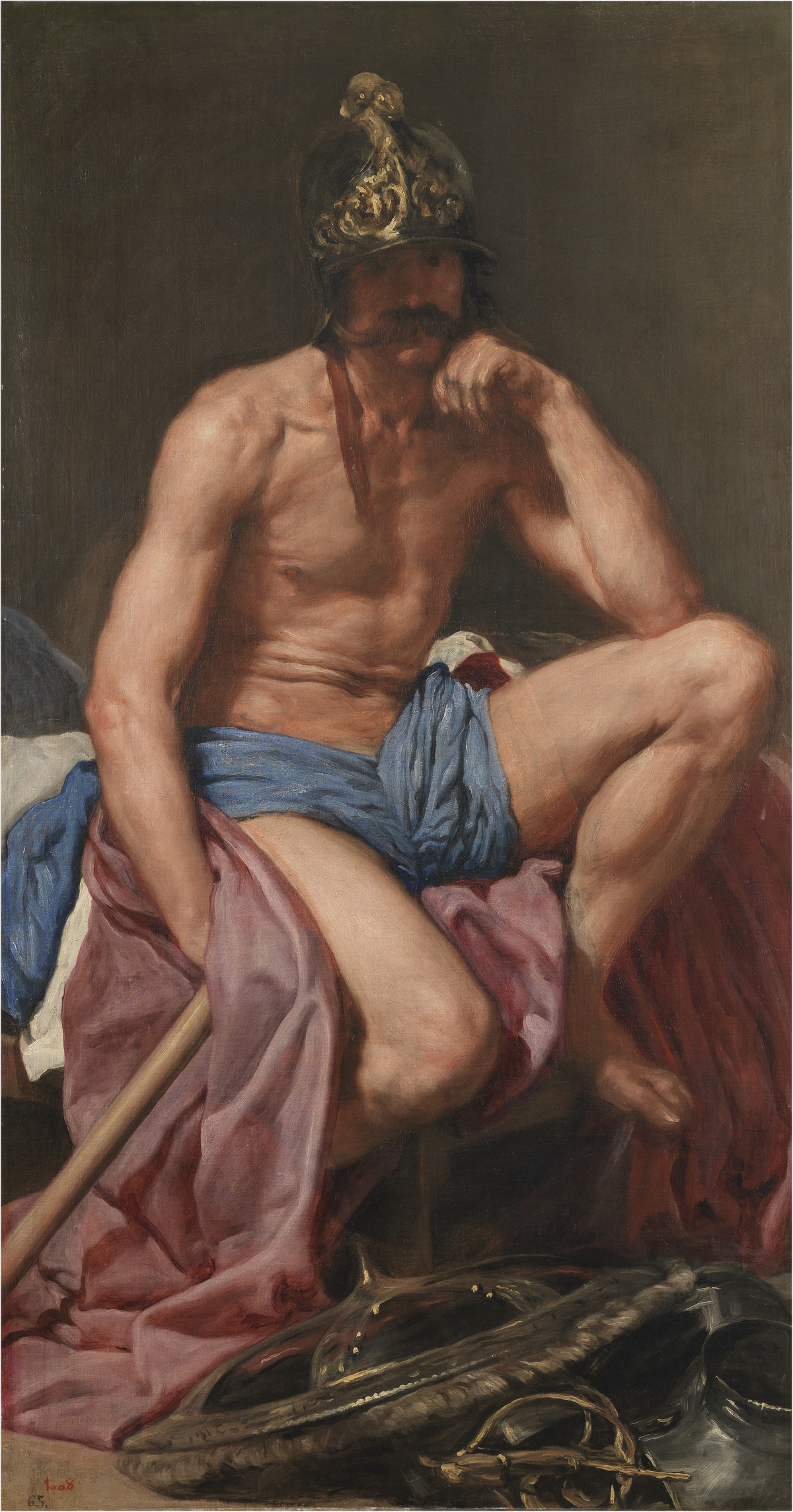 A good fistful of that gold ended up in the bags of the tercio español established by the Duke of Alba in Italy. They had that name either because they were made up of 3,000 infantrymen or because a third stayed in Italy, a third in Spain and the last in Flanders. Planting a pike in Flanders was extremely expensive, hence the Spanish aphorism[1].

Mars (1638) is one of the iconic pieces that the Prado Museum has loaned CaixaForum for this awaited exhibition on Velázquez and the Golden Age.

The artist painted the god of war half naked in a life-size oil painting. Mars is seated with his weapons at his feet. His helmet covers half of his face and only the moustache of Captain Alatriste is visible in the half-light.  Velázquez presents one of the soldiers of the tercios, half-crushed, maybe even sickened after so many years of battle in vain.

Velázquez painted it some years after his first trip to Italy, where he had spent hours copying the miracle of the Sistine Chapel.

Velázquez was not an idealist of the Renaissance but a Baroque man.

Michelangelo had been a god ever since Julius II inaugurated the chapel dedicated to his uncle Pope Sixtus IV in 1512. One hundred years later the young Spaniard received permission to soak up Michelangelo’s genius. Perhaps that is why Mars resembles a figure from the tomb of the Medici in the Basilica of San Lorenzo in Florence or one of the ephebes of the Sistine Chapel itself. The palette of Velázquez is not so very different.

Velázquez was not an idealist of the Renaissance but a Baroque man. He had drunk from the well of Caravaggio and imposed realism on beauty even though he managed to make them go hand in hand.

Mars looks tired, but he still wears his helmet. He is not a reserve soldier. This mythological painting was destined for the rooms of a king who was also perhaps tired – Philip IV. The Thirty Years War had begun just three years before the painting was made, in 1635.

The Surrender of Breda, immortalised by Velázquez between 1634 and 1635, and the Spanish military victories at Nördlingen (1634) and Hondarribia (1638) had already taken place.

The tercios continued unstoppable around Europe for another few years. They had time to start war in Catalonia, the War of the Reapers, two years after the painting was hung on the walls of the Torre de la Parada, Philip IV’s hunting lodge. The tercios Alatristes of Pérez Reverte continued their passage through Europe until they lost their honour during their defeat at the Battle of Rocroi (1643). 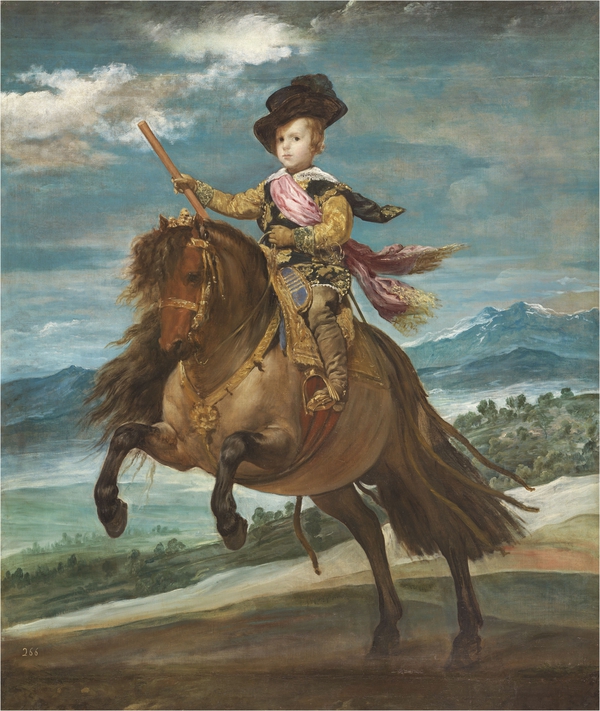 Another of the star pieces in the CaixaForum exhibition, made in the same year as Mars is the Equestrian Portrait of the Prince Balthasar Charles – the unfortunate only son of Philip IV who would never wear the crown. His death at the age of sixteen forced his father to marry Marie Anne of Austria to produce a new heir.

As the expression would have it, gradually the empire of Philip IV “went the way of the cudgel” or as we might say “went to the dogs”. The original expression became popular among the tercios because during the stops of the marches, those arrested had to sit next to the sergeant who carried a large club. At the time, less and less gold was arriving from the Americas.

In fact, in the end there was no point in Philip IV engendering the air who was named Charles II and became known as the betwitched one. The Spanish Austrias had reached the end of their dynasty and in 1700 Charles II died without descendance.

But in the customary spirit of the peninsula another war was needed to decide who would keep the spoils of the empire. The Bourbons won and Philip V, Duke of Anjou, planted his pike in Barcelona in 1714.

Three hundred years have passed and there is nothing left of the empire. Luckily the collection of around 800 oil paintings of the Philip IV collection are conserved in the Prado Museum.

Happy bicentenary and many happy returns!

The exhibition Velázquez and the Golden Age can be seen at the CaixaForum Barcelona until 3 May 2019.

[1] ‘Plantar una pica en Flandes’ means to carry out something very difficult and expensive, such as maintaining the Spanish troops in foreign lands.