In 1951 Isaac, Ana Maria, Ismael and Paco Smith Marí packed up the contents of their luxury mansion in Irvington, on the banks of the Hudson, and a favourite place of residence for the most accomplished New Yorkers.

The destination of the bulk of the objects, furniture, carpets, sculptures and paintings was Sitges because they were buying the Palau de Maricel from the heirs of American multimillionaire Charles Deering. Thirty years later, the Smiths, who had made their fortune in the United States, were again planning their move to Catalonia and, and the same time, establishing a museum dedicated to Ismael, the family artist. 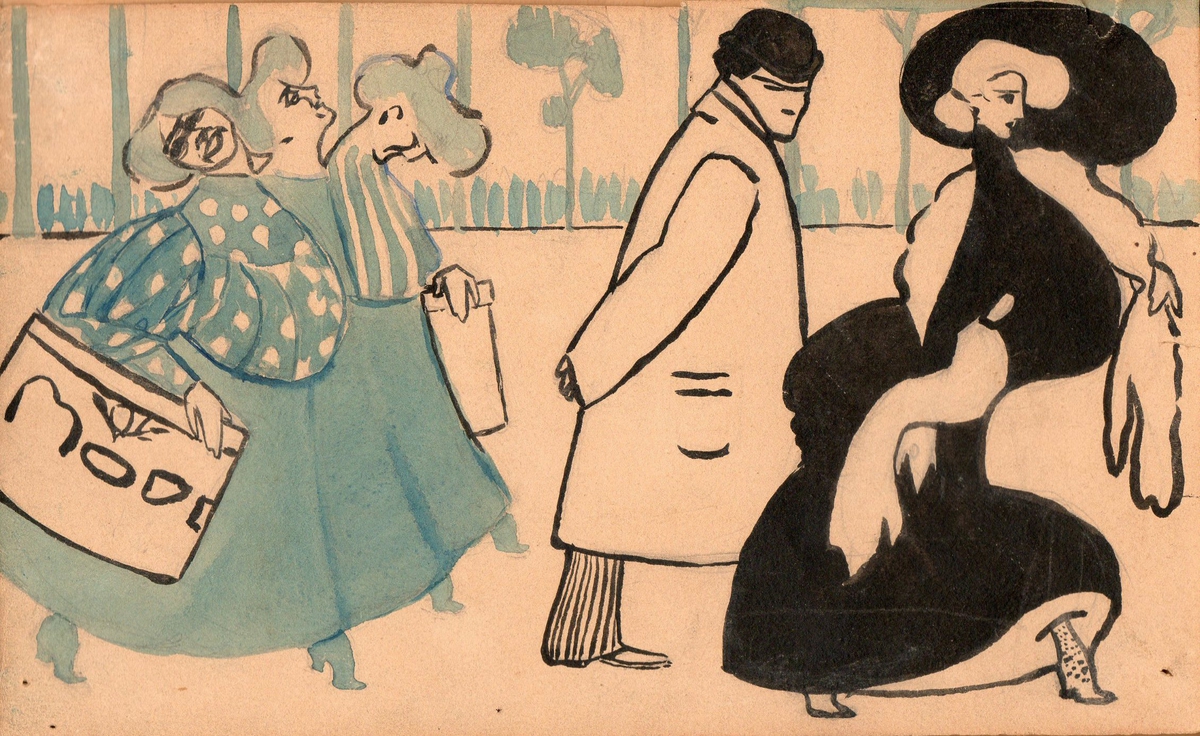 Ana Maria was enthusiastic and wrote to her cousins in Sabadell with the new name for the palace: Marí Cel. But the desired heaven of the Marí remained a project because Isaac, who was the family’s accountant at that time, died that same year, and precisely in Barcelona where he had come to sign the purchase contract and, in passing, undergo an operation for a cancer that would be so fulminant that he didn’t have time to sign the agreement. Without Isaac, the Smith Marí plan fell apart. Ana Maria died thirty years later, and only Ismael and Paco were left. The brothers did not get along at all well and their shared residence would soon become hell. Finally, Ismael, who lived in a semi-wild state in the mansion, and would wander naked around the park, was admitted to White Plains psychiatric hospital, following reports of public scandal, where he lived as a recluse until his death in 1972. 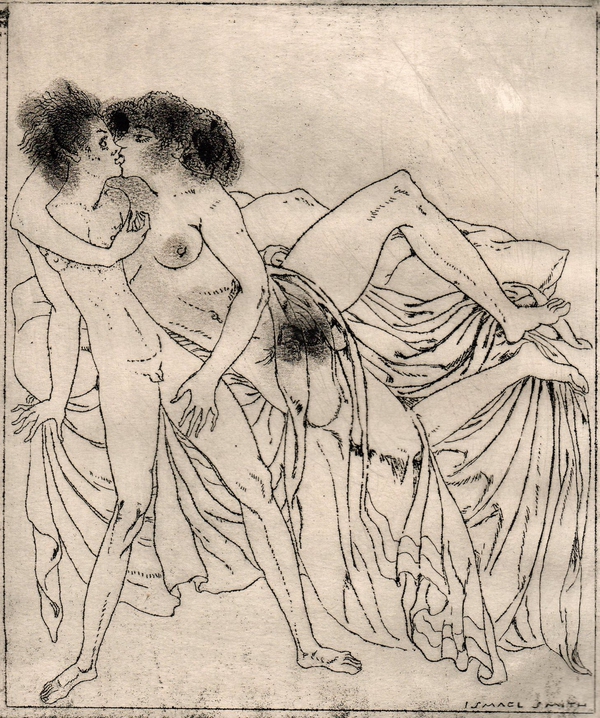 In 1955 all the crates destined for Maricel which contained Ismael’s sculptures, engravings, drawings and paintings had not been unpacked and it was then, when things were going particularly badly with Paco, that Ismael decided to send them to Catalonia, just as was initially planned, and perhaps foreseeing that the situation at Irvington was not going to have a happy ending. He donated them to the Junta de Museus which had finally bought the building in Sitges next to Cau Ferrat. With that donation, made up of almost one thousand works, Smith vindicated himself, but at the time nobody paid much attention.  In a letter to Joan Ainaud de Lasarte, who was then the director of the Museum of Modern Art in Barcelona, Ismael said that he should do what he thought best with the things that were sent, sending them to different towns, for example. But in fact, once the crates had been unpacked, the work remained stored and forgotten in the warehouse of the museum in the Ciutadella Park, and after that, in the Palau Nacional in Montjuic, for over half a century. Nobody took any notice of it unless it was to put it down to the creation of a madman. 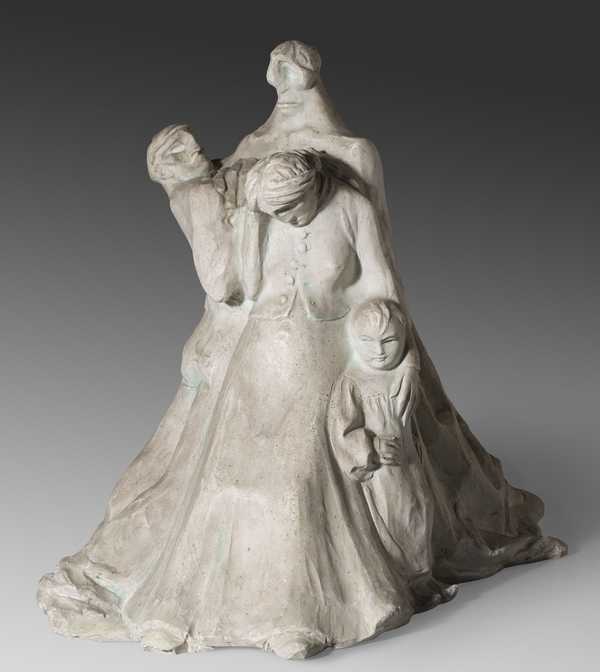 Apart from the later vindication of friends of the artist such as Miquel Utrillo, or art historians and critics like Rafael Santos Torroella and Josep M. Cadena, the recovery of Smith’s work was really down to the gallery owners and antiquarians who, albeit posthumously, credited his talent. First was the Sala Rovira, in the Rambla de Catalunya which offered a splendid show of his drawings from 1907 to 1911, resulting in his works beginning to form part of private collections. After that was the Sala Parès, which organised another exhibition of his work in 1985. Four years later it was Arthur Ramon who, in addition to drawings, showed a series of sculptures, posthumously cast in bronze from the clays which had recently been identified and recovered from the demolition of a house owned by Manuel Rius i Rius, in the Bonanova neighbourhood of Barcelona. In parallel some institutions have received major donations from his heirs: Elizabeth Knapp and Enrique García-Herraiz, the Hispanic Society of America, in New York, and the Library of Catalonia and the Calcografía Nacional (national collection of copper-plate engravings), which both organised thematic exhibitions of the artist. But the other institutions and museums which received donations did nothing. Not the Spanish National Library, nor the Reina Sofía, or the Lázaro Galdiano. Neither did the Museum of Modern Art which, over time would become the National Art Museum of Catalonia. 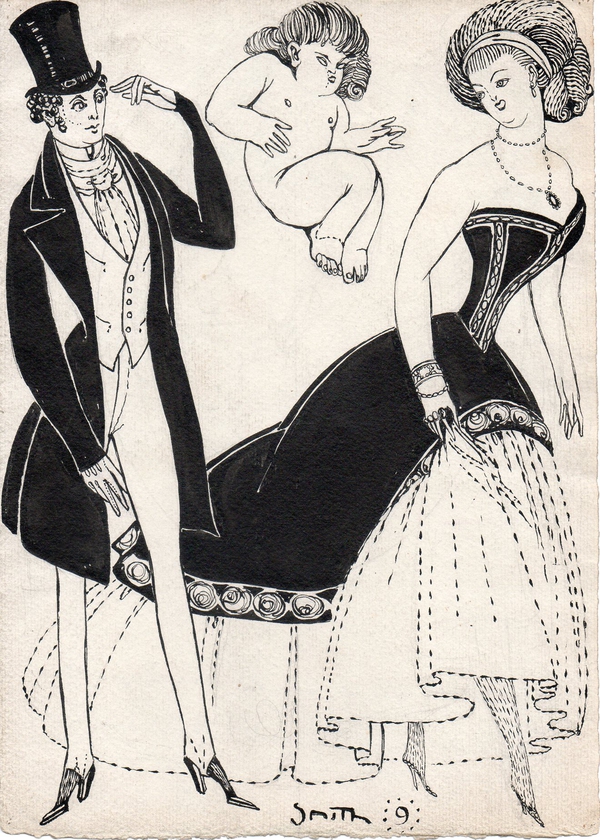 The only organisations to put on exhibitions of Smith’s work were the MAPFRE Foundation, alongside Pablo Jiménez Burillo in 2001, the Palau Foundation, with Josep Palau i Fabre in 2005, which had not received any donations but had acquired the works out of the interest they had in the accursed sculptor. In 2009, the Museum of Art of Cerdanyola opened and it was the first to dedicate a whole room to the artist, thanks to a new and substantial donation by García-Herraiz. Finally, in 2017, the MNAC presented the retrospective that they had owed the artist for so many years. 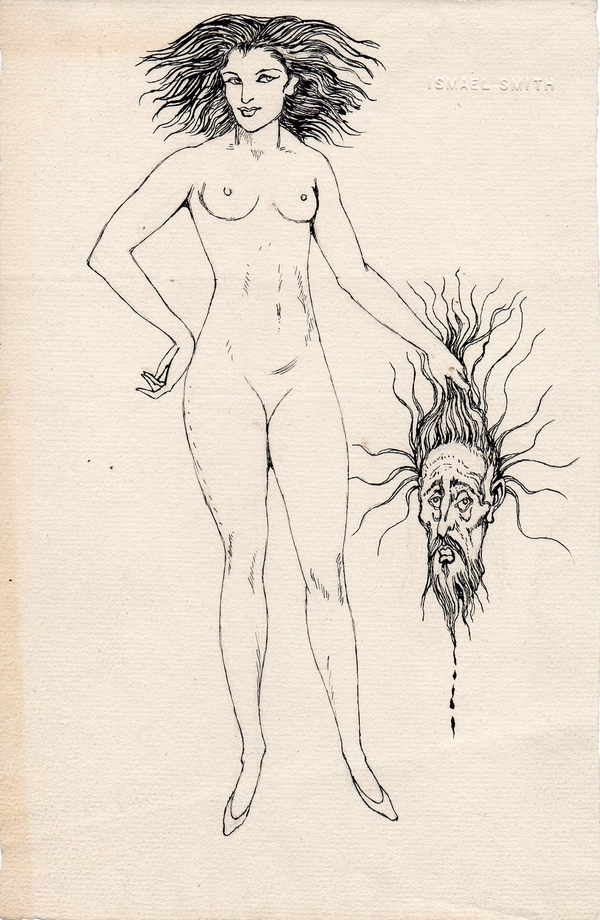 This year, it is the Palau Antiguitats together with Clavell Morgades, who are taking the lead in vindicating Smith with a small but well-nourished retrospective which embraces all his facets and times, with some works that are as well-known as they are memorable and others which we are seeing for the first time and which allow us to get to know a bit better the profile of a sculptor, draughtsman and engraver, who was as fascinating as he was contradictory.