What is going on in the Miró Foundation?

This institution, one of the most prestigious in Barcelona, has presented its programme for 2019. It is the first that Marko Daniel, director since 2018, has produced it without any input from Rosa María Malet, who headed the Foundation for 37 years. And I have to say it has been something of a surprise…

In 2016 the Foundation had its 40th anniversary and it is much more than a centre dedicated to the diffusion of the contemporary art which studies and promotes the legacy of Joan Miró. The Miró Foundation is an international reference, a consolidated ambassador for the cultural offerings in Barcelona and a must-visit site for many Spanish and foreign tourists, since its programme has a special repercussion and importance and each year it generates great expectancy. 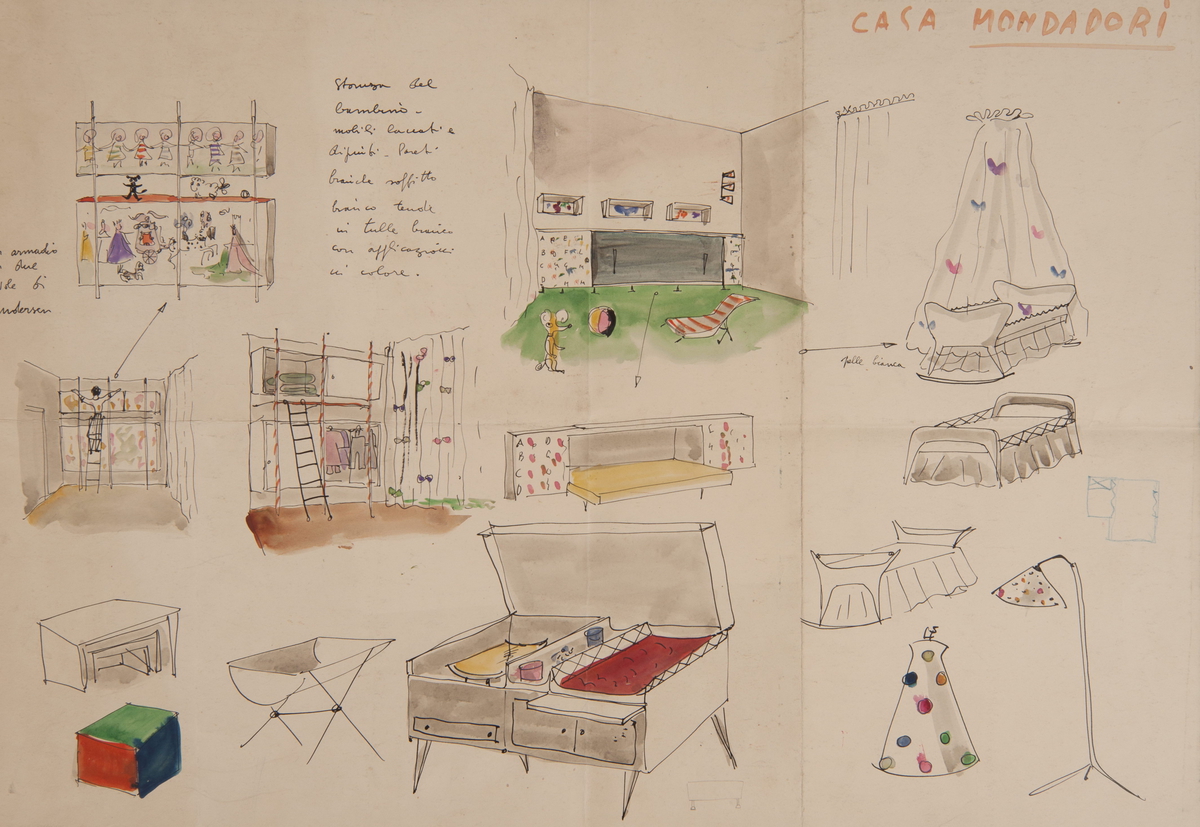 The programme proposed for 2019 is appropriate, but it does not manage to generate the interest, curiosity and admiration of the previous years, such as the remarkable approximation to the ecological emergency of Beehave or the great exhibitions about Miró, to cite one recent and one older example.

It is true that this is not the year for one of the big shows of the artists awarded the Miró Prize the previous year, such as Pipilotti Rist, Roni Horn, Kader Attia and Ignasi Aballi, who opened the temporary exhibition space on the first floor in a return to the old logistic of the Foundation, which is generally held to have favoured the permanent collection to the detriment of the temporary exhibits.

However, this forms part of the natural rhythm of the prize which has been biennial since 2007 in that one year the winner of the prize is presented and the next year they are not. But what is really missing this year is what is commonly thought of as the “The great Miró exhibit”, the star of the programme. Sponsored for 30 years by the BBVA Foundation, it is by no means a blockbuster exhibition, but it is an event capable of attracting a great cross section of the public, as seen with Before the Horizon in 2013, Miró and the Object in 2015 and Lee Miller and Surrealism in Great Britain in 2018. 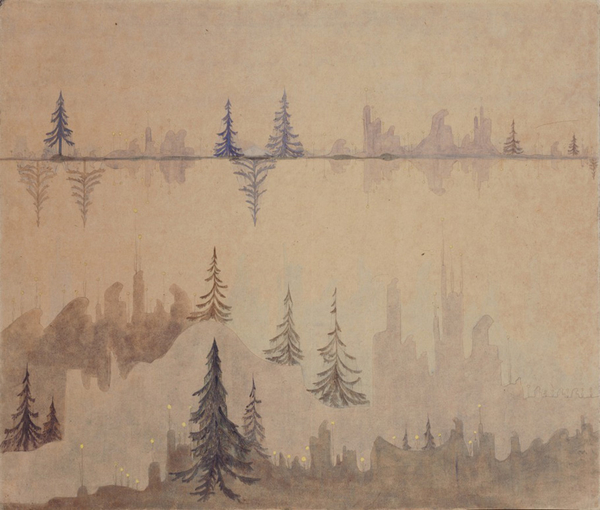 This year’s show, Sound Lines, dedicated to sound art, seems a priori to be aimed at more specific and smaller sectors, despite the interest of the proposal, which is to analyse the crossed influences between visual art and music throughout the twentieth century, and to identify the footprint of sound as an element in art. It will become clear whether the curatorship of Arnau Horta, one of the greatest specialists in this sector in Spain, manages to pull sound art out of its niche and open it up to the public at large. 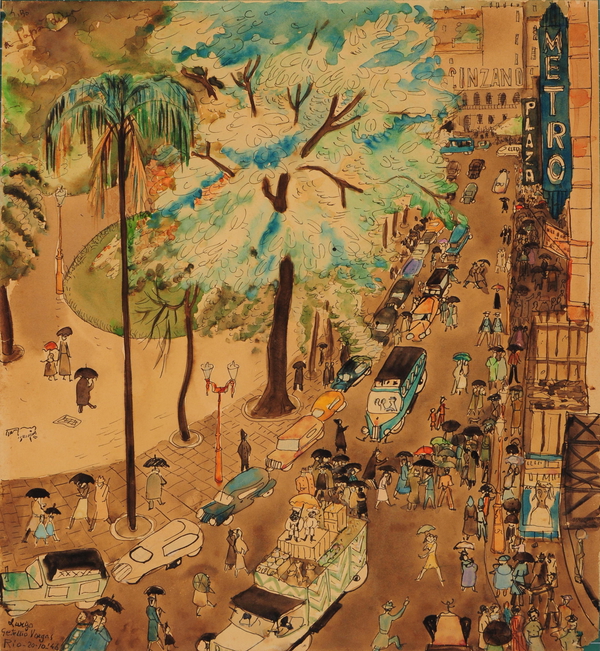 Considering that approximately 350,00 people visit the Foundation each year, more than 75% of them foreign, the central exhibition of the season also doesn’t seem capable of becoming one of the main attractions on a trip to Barcelona. Sponsored by the Banc Sabadell Foundation it includes the work of Italian-Brazilian artist Lina Bo Bardi, who is according to many the most important architect of the twentieth century, and a character who undoubtedly offers much to be discovered, but who is not capable of generating great passion among the large range of visitors like that which was demonstrated in the numerous initiatives organised in 2014 for the centenary of Miró’s birth, where she was revealed to large general audiences.  The Miró exhibition curated by Zeuler Rocha Lima proposes a selection of drawings which aim to demonstrate that this discipline was decisive in the materialization of Bo Bardi’s unique creativity.

The drawings and the concept of dialogue also articulate the two other proposals, both planned for the summer: the first deals with the relationship between Antoni Lena and the work of Miró, and the second offers a series of prints from the 1970s which bear witness to the Miró’s admiration for Gaudí. To complete the programme, the Espai 13, which has in the last three years maintained a very similar curatorial line and the presentation of the work that Vietnamese Thao Nguyen Phan is producing that to the prize offered by the Han Nekens Foundation and the Loop Video Art Fair.

So, while it is an appropriate programme, it is not one which will arouse much passion.

One new feature is that visitors can see the restoration of the giant tapestry as it takes places. The tapestry which weighs more than a tonne has been hanging since 1979 in the central hall of the ground floor. The maintenance of the rear side will be carried out in situ, thereby fulfilling one of Miró’s wishes to present the tapestry as a sculpture so that visitors can walk around it and get a true sense of its dimensions. It has only taken 40 years!

So, while it is an appropriate programme, it is not one which will arouse much passion, and could even been seen as rather deceptive considering that in the latter years of Rosa María Malet’s directorship, there were criticisms calling for a new lease of energy in the Foundation. Malet has handed over the reins to two excellent professionals,  Martina Millá who has proved her worth on numerous occasions since she was made head of exhibitions in 2007, and Marko Daniel, whose competence and capacity are undoubted, although since his arrival in Barcelona he seems to have lost something of the force he had as head of public programmes for the Tate Gallery in London.

Economic contributions have remained stable at 8 million Euros, 30% of which (almost two and a half million, not counting structural costs – in other words a sum similar to the National Art Museum of Catalonia) go to cover exhibitions. What is falling, however, is the number of visitors, although not yet to a worrying extent: just of 7% in 2018 and 10% in 2017, although it has to be remembered that in 2016 for the 40th anniversary of the Foundation there was a logical rise in numbers responding to an event of this kind. Even if some other centres have experienced comparative drops, there are others which have increased the number of their visitors considerably, such as the Palau de la Virreina since it has been directed by Valentín Roma.