What to do about Brother Josep Maria de Vera?

Only very recently we have discovered the name of a now deceased Capuchin monk who was based in Barcelona and formed part of the considerable list of clerics recently accused of sexual crimes with children.

Unfortunately, these days, this is not news, but in the case of the brother in question there is a considerable cultural background which singles him out among other similar cases. 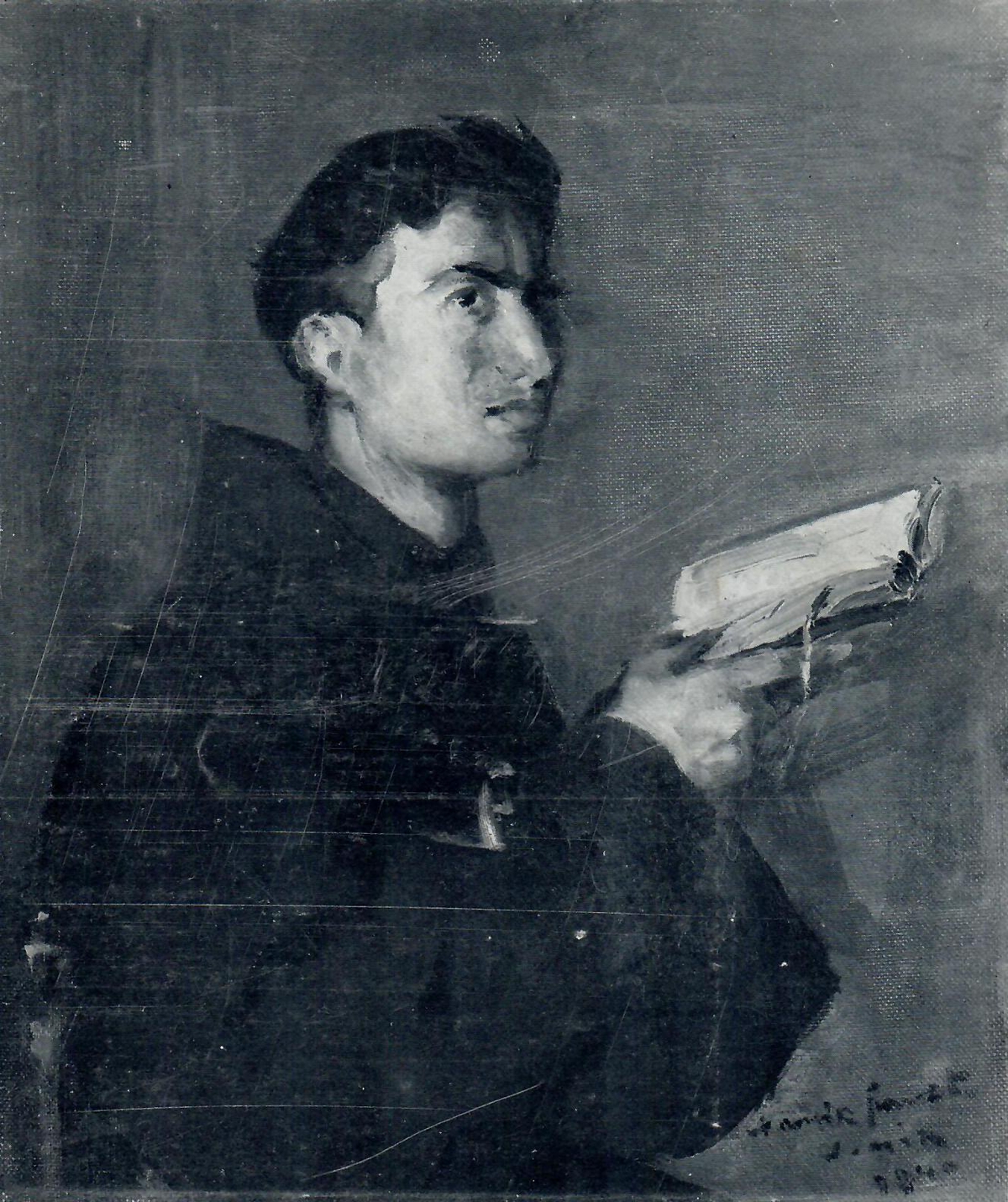 Josep Maria de Vera was a well-known painter and sculptor. His biography appears in the famous Dictionary of Catalan Artists edited by Josep-Francesc Ràfols and published in the early 1950s. Born in Vera, Andalusia, in 1912 with the given name of Alfonso Ramon Uribe (the Capuchins take the single religious surname of their place of birth) he moved at a young age to Catalonia where he quickly adapted and was ordained in 1935. 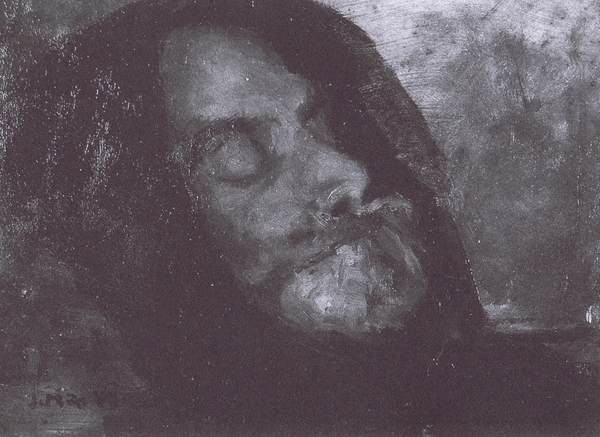 He was a disciple of the Olot School of painters such as Melcior Domenge and Olivet Legares. He quickly made the acquaintance of some of the most important Catalan post-modernist artists such as Joaquim Mir and Manolo Hugué. One of Mir’s last works was, in fact, a magnificent portrait of the priest when he was young (1940), dedicated by the painter to his “Brotherly friend”. Such was the impression that de Vera made upon him that he wanted to be shrouded in a Franciscan robe on his death. 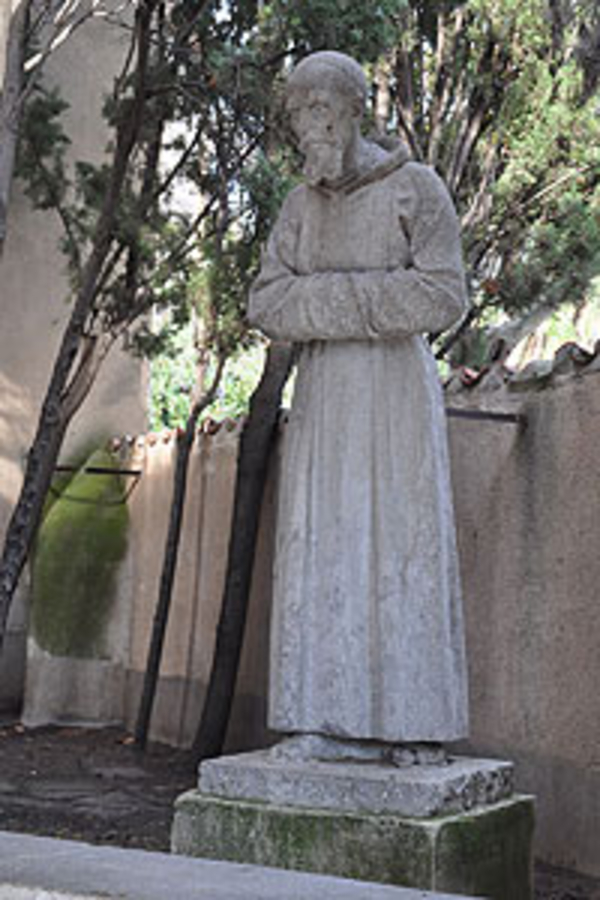 Josep Pla, in his book about Mir, recreates this episode and the enthusiasm that the detailed painting of the colours of the habit awakened in him. According to Pla it enabled him to better understand the aesthetics of Zurbarán and that made him want to lay in death dressed in the monk’s habit. Dressed according to his wishes, Mir was painted precisely by Josep M.de Vera, in a small work which Oriol Pi de Cabanyes reproduces in his book Passion and Death of Joaquim Mir. This posthumous portrait is conserved in the Museum of the Royal Catalan Academy of Fine Art Sant Jordi in Barcelona, a gift of Josep Mir Estalella, son of the painter. 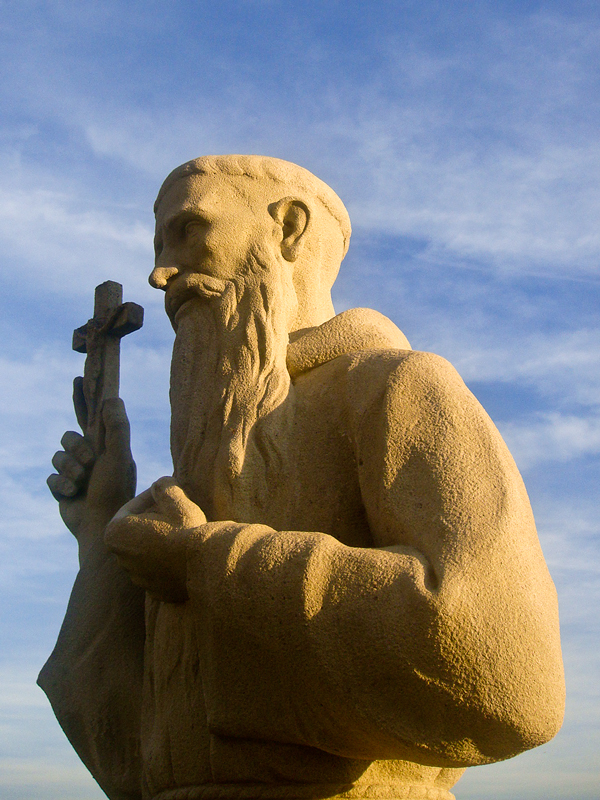 Josep M. de Vera took part in several exhibition and made many works, mainly with religious themes, which demonstrated that he did not have the naivety of an amateur but a solid artistic personality. The natural format stone figure which sits at the entrance to the Convent of the Capuchins of Sarrià, and which represents the martyrdom of the monk Eloi de Bianya, who was the doorman of the convent, is probably his best-known work, even though the vast majority of people who walk past it will be none the wiser as to its creator. There are other public and religious works in Catalonia, but also in his place of birth, Vera, and in Navarra such as the monument to Father Esteban de Andoain a Pamplona (1947), in the Basque Country such as the bust of the musician Aita Donostia, which sits in a public thoroughfare of San Sebastian.

The terrible crimes attributed to him which completely wipe out the positive part of his life?

He also frequented the circles of psychiatrists and was a friend of Jeroni de Moragas and de Ramon Sarró. Five years before his death, on the occasion of his eightieth birthday, some of the many friends he had promoted a bibliophile edition of his life and work, with a prologue by Luis Monreal y Tejada. When he died in December 1997, Albert Manent wrote a moving obituary in the newspaper “Avui”, demonstrating the mark that the monk had made in the highest circles of Catalan society. In the Dictionary of Ecclesiastical History of Catalonia, de Vera has his own section. 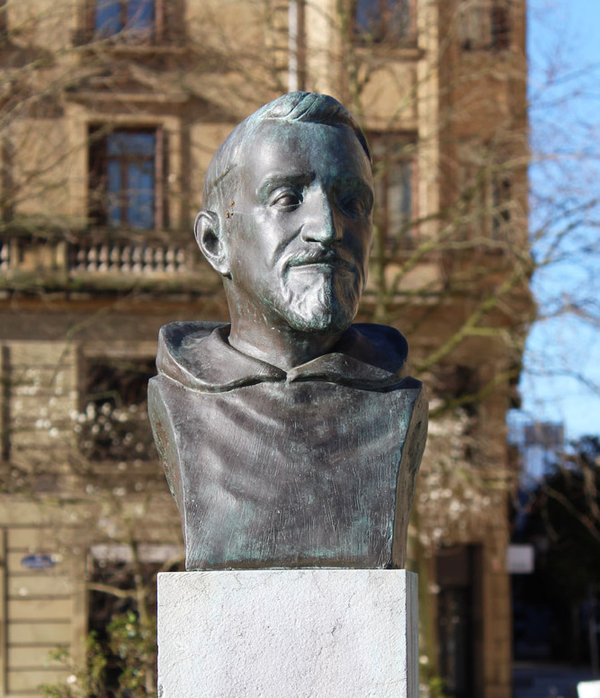 So, what should we remember of this character who was as much an artist as an empathetic man with so many valuable friends in our country? The terrible crimes attributed to him which completely wipe out the positive part of his life? Or should we believe that hideous thought they were, they should not erase the other part of his existence? In fact, worse crimes such as murder have not wiped out the memory of major artists and other characters. This is a dilemma which we need to solve, in his case and also in the case of others which may arise, if we do want to fall into the trap of new taboos. For all that they are justified their bases always distort a clear perception of the truth.