“I tried to be a magician, but found I could only manipulate cards and coins and not the universe.”

This is one of the sentences in Woody Allen’s autobiographical book that deserves to be isolated as an aphorism. 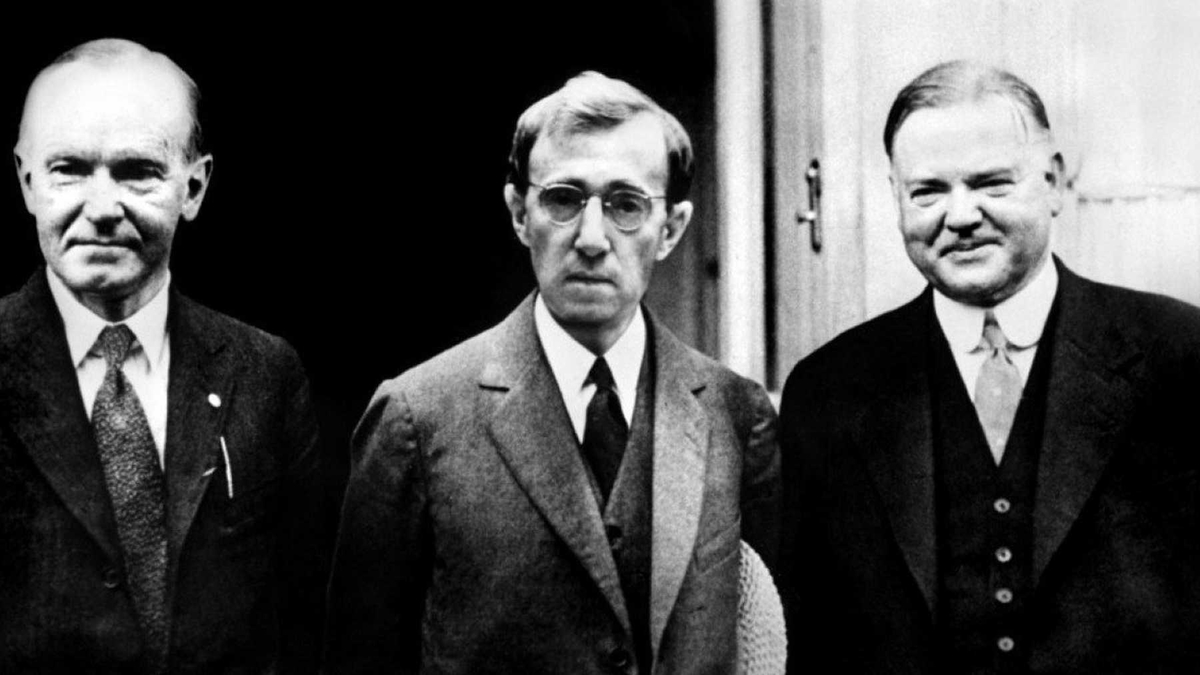 Apropos of Nothing (Arcade Publishing) has been one of the outstanding books of 2020. It is not a theoretical essay like those written by artists such as Leonardo or Paul Klee, but the book is equally revealing about Allen’s work and its relationship with his biography. The self-portrait that the New York filmmaker narrates is sometimes surprising. We discover, for example, a young Allen, an effective professional in cheating gambles and paternally linked to famous gangsters. Or also, that this excellent cinematic author is a dreadful judge of his own work. And above all, we discover why in the mediatic soap opera triggered by Mia Farrow’s accusations, the defendant was him but the real monster was her. Undoubtedly, this was the main objective of the book. Mission accomplished to unthinkable extremes. Perhaps -as it is done with some catalogued buildings- they should declare Mia Farrow a psychological monster of Freudian interest, due to her complex personality as an oedipal mother and adopting stepmother, as well as a martyrizer. Her facet of an infernal, slanderous and vindictive ex-partner, on the other hand, is already more vulgar. 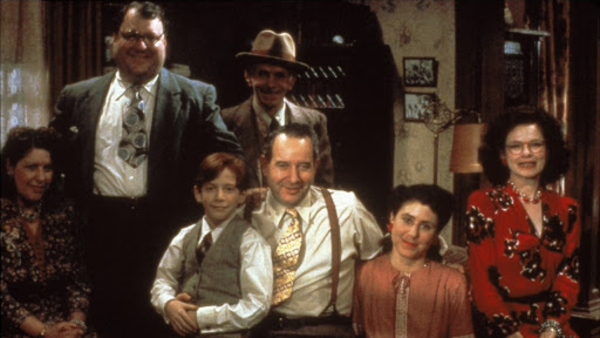 As author and storyteller, Woody Allen – who turned 85 on December 1, 2020 – grabs his readers from page one, thanks to his poignant sense of humor and wild confessional frankness, rare in these politically and hypocritically obsessed times. For once, screw the harmful conventional thinkers and the supporters of the inquisitive neo-puritanism! Allen seems to be faithful only to the harsh reality, not idealized or made-up. Or, at least, what he remembers about it. For example, referring to his parents, he reflects: “How he wound up with Nettie is a mystery on a par with dark matter. (…)They disagreed on every single issue except Hitler and my report cards. And yet with all the verbal carnage, they stayed married for seventy years–out of spite, I suspect. Still, I’m sure they loved each other in their own way, a way known perhaps only to a few headhunting tribes in Borneo.” 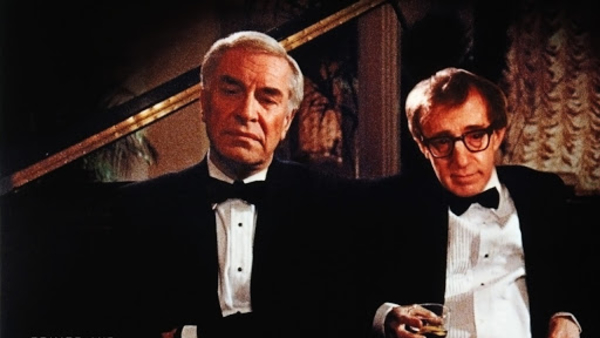 Or also when, after describing his father as a tough Jew “that could handle the Atlantic” (he was one of the only three survivors of a shipwreck in World War I), he makes it clear that in his case Freud’s theories on the Oedipus complex don’t work. Woody Allen confesses that he loved his father -who was employed under the famous gangster Albert Anastasia- more than his little warm or cold mother. Which, on the other hand, reminded him of another of the great Jewish comedians, but only physically: “When I said years latermy mother looked like Groucho Marx, people thought I was kidding” … Discovering this detail makes the recurring gag of Take the Money and Run funnier, with the parents giving their statements ashamed of their delinquent son (Woody) and hiding their faces with masks of precisely Groucho Marx: fake glasses, big noses, bulky mustaches. 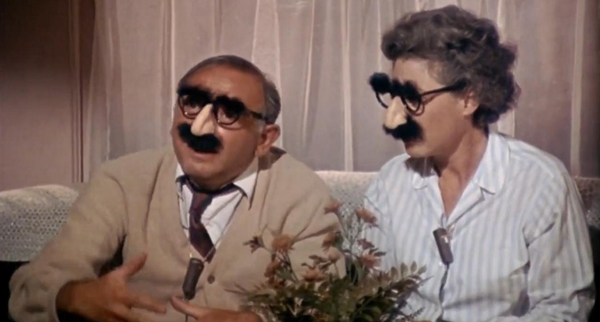 On the other hand, Allen – calmly and with two accurate brushstrokes – describes a part of his father’s family as mentally retarded: “And I mean dim-witted. As a kid, I always thought his sister reminded me of a circus pinhead. His brother, weak, wan, and degenerate looking, drifted around the Flatbush streets peddling newspapers till he dissolved like a pale wafer.” Remarkable! … In two lines, his relative is portrayed, biographed and destroyed. But he is much more affectionate when remembering his lovers and friends. He even praises Mia Farrow’s talents, despite the fact that lately the actress has been her overwhelming enemy, her insidious and mortifying personal Moriarty.

The second big surprise in this book is discovering that Allen is a lousy judge of his own work. For example, about the intriguing, but perhaps not really necessary Wonder Wheel, the creator of masterpieces such as Zelig and Annie Hall claims that it is “my best yet”. It is clear that he is not aware of his best achievements. And an explanation for this is found in another of his confessions: “I never see my films after I finish them.” I will burnish his statement: he sees them just when they are finished, hot off the grill, and he never sees them again. This detail explains a lot. If Coney Island’s setting brought back fond memories and Kate Winslet was wonderful during the shoot, the movie will seem better to him than what it seems to others. At this point, Allen reminds me of Billy Wilder, who spoke ill of one of his best comedies – Avanti! – simply because its elaboration brought back bad memories, as the producers forced him to give up his daring script (his and his partner Diamond), which came to be a compliment not only of the joy of living the adulterous heterosexual adventure, but the homosexual adventure. 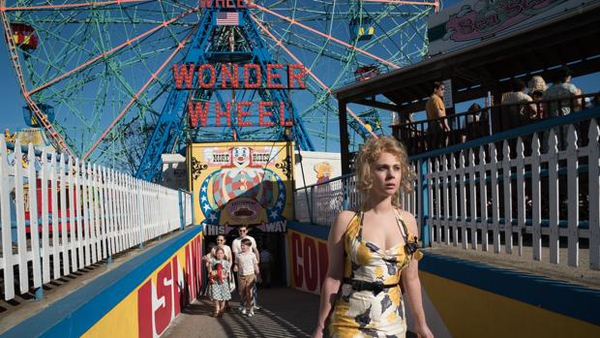 When he talks about his cinema, Allen is so self-critical and demure that he falls into false modesty. I only agree with him when he considers that September was a failed attempt to emulate Chekhov. This incomprehensible unjustified modesty can be attributed to a kind of bashfulness typical of those who for years have acted as satirical, humorous comedians to whom not even the slightest hint of solemnity or self-assurance suits them. And I can agree that his cinematic language is not up to that of his admired Bergman and Kurosawa, but it bemuses me when he flails himself by lamenting that he has never reached the level of the movie A Streetcar Named Desire. I saw it recently and, with that disgusting character of Marlon Brando, sleazy and abusive, it seems much worse than more than a dozen Allen movies. 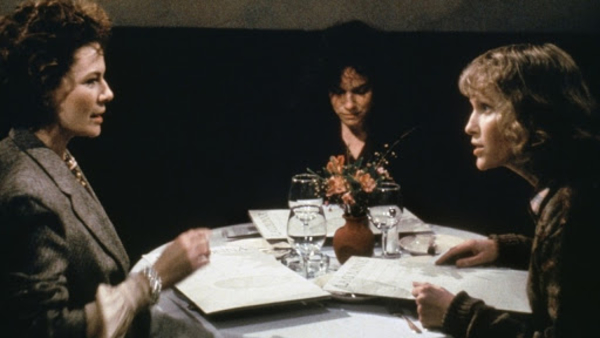 There is also a Woody Allen who reminds me of Picasso: that creator who needs to make and finish many new works and does not want to spend too much time developing a possible great masterpiece. Allen is a compulsive author who forces himself to be quick and release one movie a year. But his movies remind me above all of those of Éric Rohmer. First, because of his way of approaching small urban worlds and human groups to delve into them, into their psychology and their values, and go on composing, film after film, a significant panorama of a certain social and cultural community at a certain time. In its case, mainly New Yorkers and from 1969 up.  And secondly, it goes along with the author of the Moral Tales, the Comedies and Proverbs and the Tales of the Four Seasons in which each of his films develops a clear idea, proposes a hypothesis or a dilemma and then represents it narratively in its various circumstances. Something similar, by the way, happens in the works of his favorite filmmakers and writers: Bergman and Kurosawa, Chekhov and Dostoevsky. 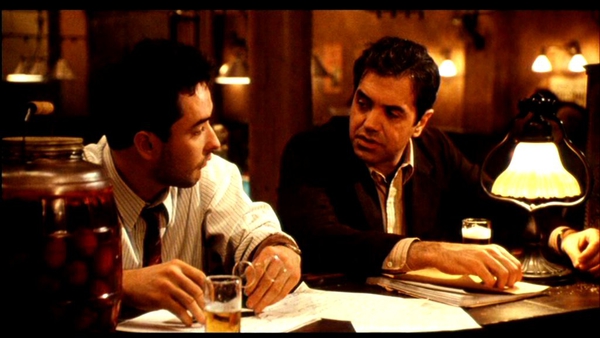 In Bullets over Broadway, for example, life experience overcomes artistic aspirations not supported by a true experience: the best and wisest screenwriter is the gangster, not the artist. In Crimes and Misdemeanors, tranquility is conquered through murder: the relief and well-being thus achieved are so powerful that they manage to erase all feelings of guilt. Hannah and Her Sisters, Husbands and Wives, Annie Hall and other films of his develop various alternatives and paradoxes of life as a couple or uncoupled. Radio Days is Woody Allen’s funny and nostalgic Amarcord. And A Midsummer Night’s Sex Comedy is one of his underrated wonders. But I think Woody Allen’s most original work is Zelig (1983). His approach is already extraordinary: a fantastic comedy in the form of a mockumentary. By the way, without Zelig most of Joan Fontcuberta’s photographic work would not exist, based on the same principle of detectable fake, although Fontcuberta hides the trick better. But what makes this film a masterpiece is not only the impeccable performance of cinematographer Gordon Willis, so decisive that perhaps he deserved to have been accredited as co-director. 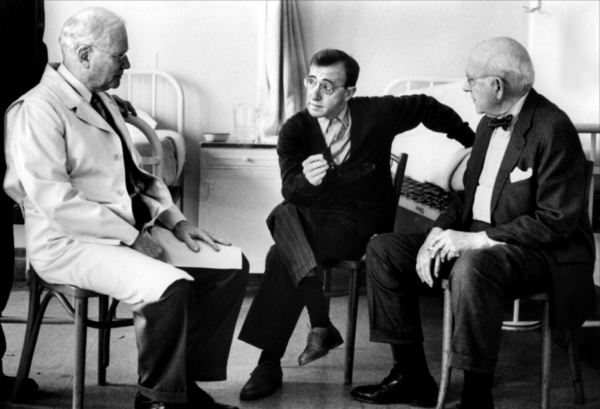 Zelig is a fast, surprising, deep, wise and funny comedy that achieves something exceptional: imagining and representing a human archetype and an original modern myth, no less accurate and necessary than classical myths, such as Prometheus, or more modern ones, like Frankenstein. Zelig wants to be accepted, aspires to the approval of everyone and adapts himself to the circumstances to the point of ceasing to be. He is a human chameleon who can become black or crossbreed in the company of African-American jazz musicians, but the problem is that, also by adaptation to the environment, he just as easily becomes a Nazi if the general environment is Hitler. Thus, the highly adapted, conformist and very practical human chameleon always lives in lies, in the simulation Zelig is the mass-man. He does not have a being of his own, but only a repertoire of successive alienated masks, adapted to the conventions and demands of each situation. And only by receiving and giving personal love (not mere kindness) does he begin to express himself and act freely, to truly be. 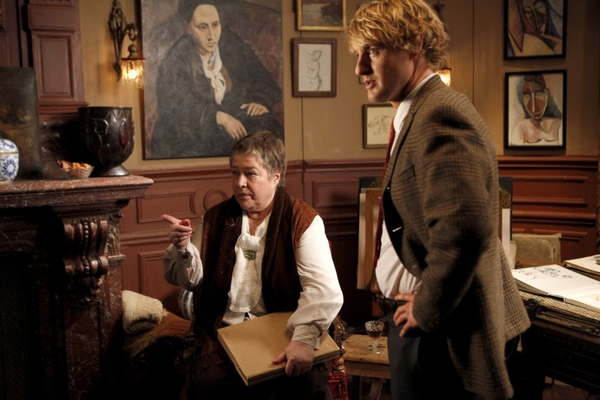 Also in Midnight in Paris (2011) Allen managed to imagine and represent a human archetype and an original modern myth. The travels to the past of this romantic and fantastic comedy develop a very powerful idea, which I have called Pastism or Midnight syndrome. Pastism is the opposite of Futurism and consists of a mythologization of the past, which entails an inability to value the present. The character played by Marion Cotillard frequents the same places as Buñuel, Dalí, Hemingway, Fitzgerald, Picasso, etc., but she does not value these people, who are not yet famous. She ignores them, because she has mythologized a previous time, that of Lautrec and company … I am afraid that in this 21st century that has not just digested the 20th century, happens exactly the same thing, there and here. Much attention to the figures of the consecrated past and very little to the current equivalents of Kandinsky, Joan Miró, Octavio Paz or Pessoa. 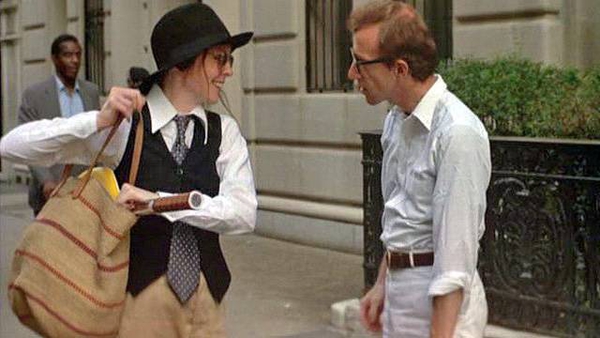 If the charming and profound Midnight in Paris isn’t as flawless as Zelig or Annie Hall, I think it is due to some unfortunate caricature moments by certain excellent artists and writers. This tendency for Allen to be funny at the expense of authors with creative ambitions or high culture (abstract art, for example) seems to me to be a typical error of the comedian from his early days, but not of the mature Allen. I understand that he likes laughter and that he can’t avoid satire, but teasing is not always justified. In June 2001 I attended a party in New York, at the home of some close friends of Allen and Gail Levin –author of a book about Edward Hopper-, after the opening of the exhibition Pintura Metarrealista that I curated for The Spanish Institute. Well, they were all writers, exhibition curators and artists, and it almost seemed like one of his films, but there was one big difference: I didn’t find these people snobbish, nor deserving of satire. On the contrary, they were cultured, friendly and welcoming people. They almost convinced me to stay and live in New York.

As for Mia Farrow … I think that after learning about the true and highly disguised nature of the actress from Rosemary’s Baby, if I see this movie again, I’m going to be tangled up: Is she really the innocent victim?