Barcelona is falling. Fall and carry on…

Most of these last four decades of democracy have been spent creating a fake culture, using as a marketing ploy a country which urgently needed to demonstrate that it could hit the spot in terms of European culture.

Of course, this was politically instrumentalised systematically resulting in a few scraps from which to produce true culture. It had great support from the creators and cultural agents who put up with, but at the same time reported, bad practices but had a spirit of transforming the cultural desert which we inherited and begin to create a network of creation, production and research in a relatively articulated manner and driven by what appeared to be a promising new path. 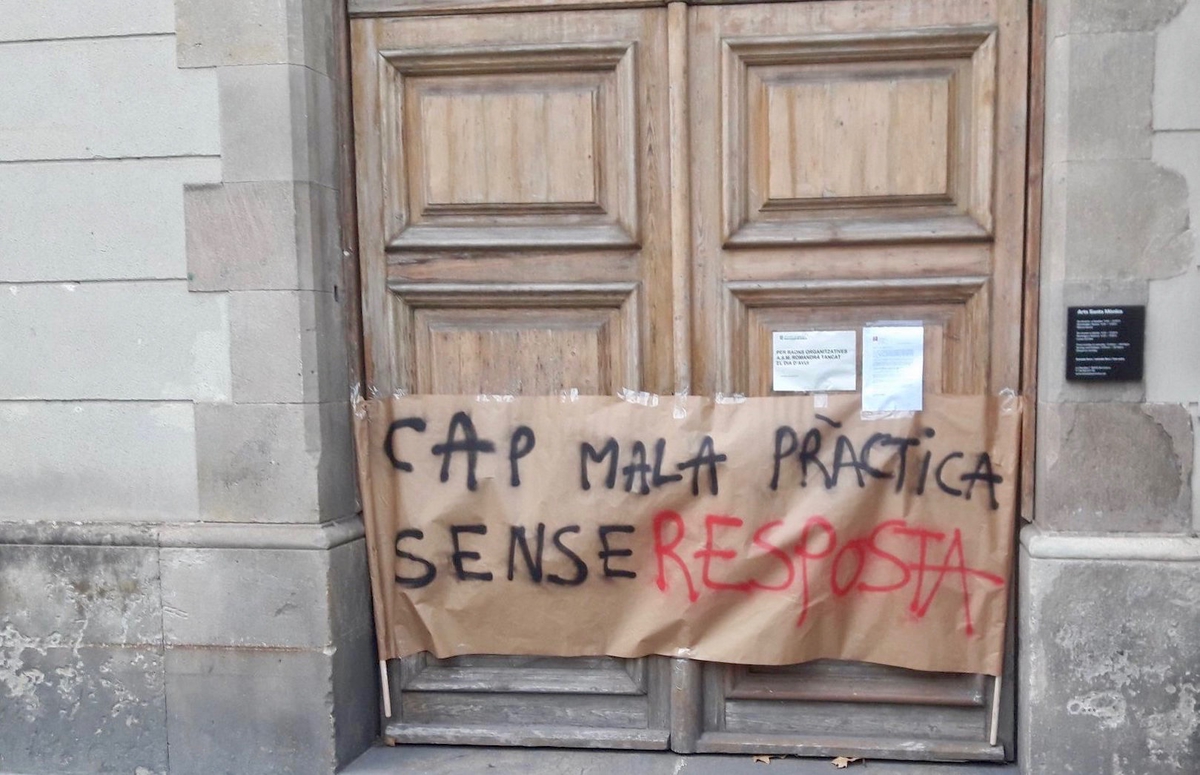 But unfortunately, this was not the objective of the parties directing our institutions. Finally, the crisis came – the second after ’92 – and brought with it arguments to dismantle everything that had been started. The crisis was the great excuse of the government machine to cut the cultural feeding tube, revealing what was beneath it: a profound disregard for the people working in culture. On the part of the conservative politicians, represented currently by the Council for Culture of the Government of Catalonia, the only interest that has remained is that of recovering heritage – to conserve private collections. On the other hand, Barcelona City Council – currently governed by a party which emerged from the movement of 15 March, the “commoners”, has proved disappointing in the area of culture. After leaving it in the hands of the Socialist Party of Catalonia, PSC, which created the Barcelona Brand with interests increasingly related to the private sector, very much in line with its Spanish counterpart, PSOE, it has now been left without that ally, and finds itself a new vacuum in terms of proposals for cultural policy or, even worse, it is maintaining its original objective since it has not been able to find other with new values which are a better match for its general programme.

At the moment, the financial and political crisis – scam – has driven culture into a “low importance” corner. That, together with the idea that those of us who work in the world of creation and art in general are “recompensed” by the fact that we do what we do, even though it does not allow us a proper standard of living. It is a perfect excuse to devalue our employment rights and thereby avoid any kind of “meddling” with critical thinking in society. 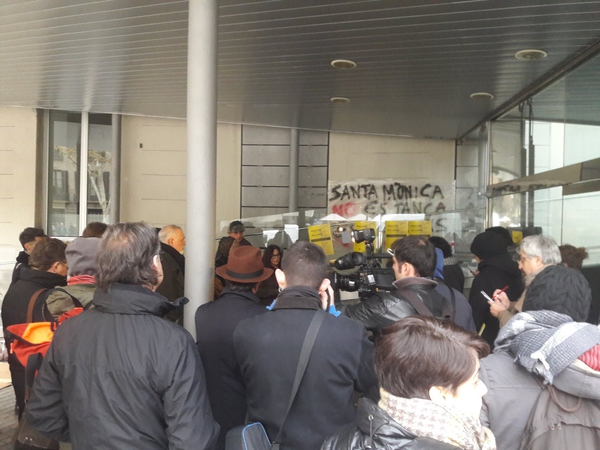 In recent years, and even in the times of the “big cheeses”, culture was measured in terms of its infrastructures. Every city, however small, wanted its own contemporary art museum, which enabled it to requalify areas of low value through scandalous gentrification (now it seems to be the turn of L’Hospitalet) which were in many cases highly inefficient and in others directly destroyed the fabric of the people who lived there. Nowadays, many of these spaces have extremely low budgets which prevent them from producing coherent programmes and endanger their continuation. Smaller budgets for contemporary creation have meant that in the last ten years countless centres for art and creation have had to close. They were the first seed of what was turning into a truly rhizomatic structure.

The result of all this is a Barcelona which is increasingly barren, culturally speaking.

Perhaps we could think that this neoliberal posture has achieved the activation of the art market, but they have not even been efficient in that respect. The dismantling by Councillor Mascarell results again and again – with each of the heads of culture – in an unusual administrative silence. The result of all this is a Barcelona which is increasingly barren, culturally speaking, but in particular in terms of visual arts. The public spaces are adrift, with Arts Santa Mònica continuing along its erroneous path, Canòdrom non-existent, Fabra i Coats a complete mystery, and the MACBA maintaining its inflexible and conservative arrogance with no proposals for a truly innovative and socially articulating formula.  Only La Virreina Centre de la Imatge is generating activity and has set itself up as an essential laboratory, and the MNAC continues striving to reinvent itself. The situation is so serious that even the private spaces such as the Miró Foundation and the Tàpies Foundation are in danger. All this evidently encourages bad practices: unjustified dismissals, the abandonment of adjudicated spaces, incomprehensible programmes which respond to interests that do not match those of a general preconceived project.

Nothing is happening to improve and/or change this prevailing state of affairs. Nothing demonstrates concern for this kind of precariousness. Just a few loose hopes from the private collections, where the proposals are based on locating public art centres to accommodate the artistic heritage of a small clique of families. There is no interest by the government in finding out about contemporary artistic and cultural practices or in understanding the evolution that has taken place in the last few years to open up new fields of production and relations with society. People working in culture have never been so immersed and interested in the discourse with their surroundings as they are now; never so concerned with the topics that affect us all. For a long time now, contemporary cultural practices have taken a real interest in the role of the intermediary and the collector of social stories. However, it would seem that as far as the government is concerned, we should be placed in that narcissistic and banal space that capitalist society has marked out for creators, for the consumption of the few. That is where they want us, and we won’t let them put us there…