Mercy for the MACBA

To the now classic dilemma of “who do you like best, Mummy or Daddy?” the people of Barcelona have added “which do you prefer, culture or health?”. 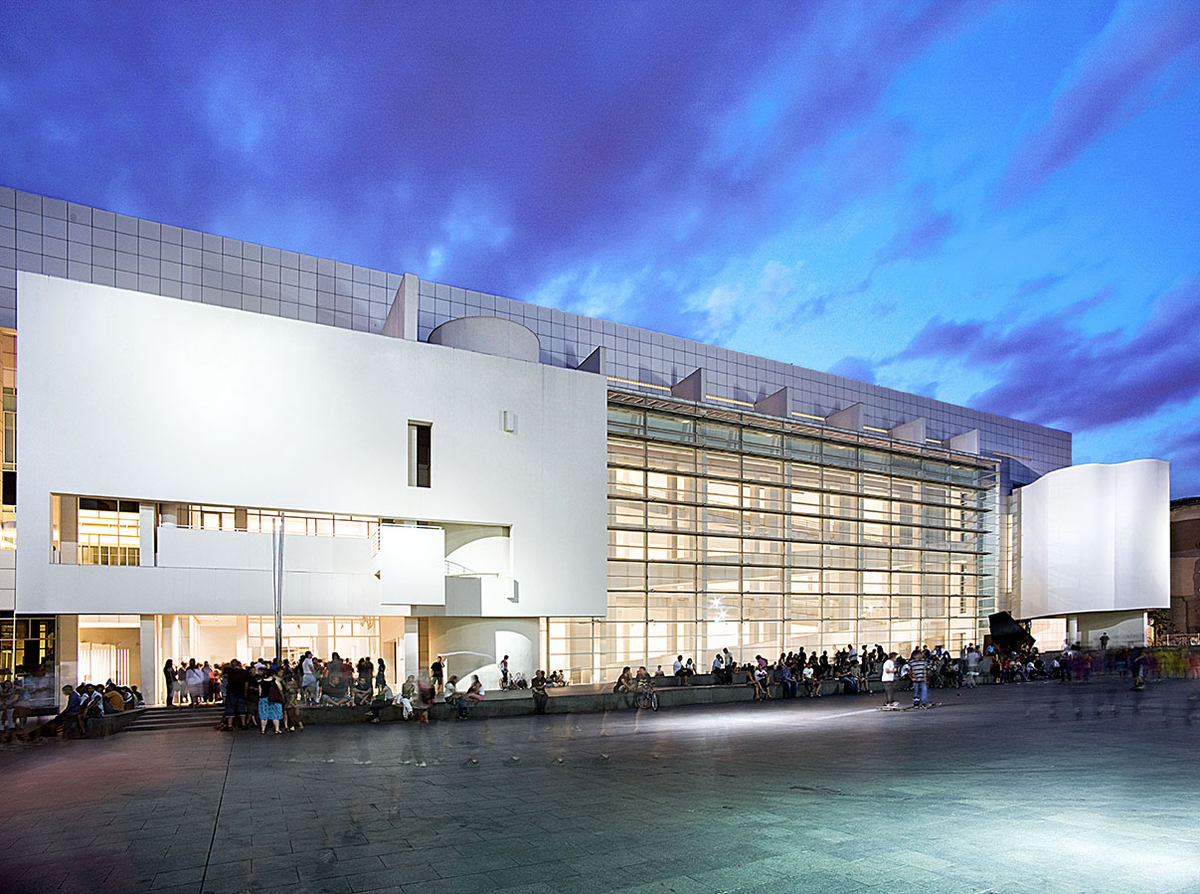 I imagine you are all fed up with the recent controversy about the MACBA, but for those of you who are not up to date, I will summarise: the Museum of Contemporary Art of Barcelona (and of Catalonia, let’s face it) opened its doors in December 1995 in a building designed by American architect Richard Meier and located in the heart of the Raval neighbourhood.

Meier was chosen by the then-mayor Pasqual Maragall. The building occupies 14,300m2 of useable space. Of the rest? Well there is a ramp to access the two floors, a monumental atrium. The façade is a huge glass showcase which, with the Mediterranean climate of Barcelona, makes the interior like a greenhouse. There is not enough space to exhibit the work, but then at the beginning there was not too much work to display.

The MACBA wants to grow. In 2006 it inherited the ancient Convent of the Àngels. The chapel provides space for exhibiting and one wing contains the Centre for Research and Documentation.

In the Carrer Montalegre, which runs down one side of the MACBA, is the old Chapel of Mercy, in ruins. This space belongs to Barcelona City Council and was given over for use by the MACBA five years ago for the purpose of expansion. The museum had managed to obtain five million euros from European funding – a sum which does not seem that great to me, given the amount of work needed. However, as it turns out the local medical centre for the Raval neighbourhood also need to expand and the Department of Health of the Government of Catalonia has decided that the best place for it would be the site of the Chapel of Mercy.

Barcelona City Council wants to deal with the matter in February – remember that the municipal elections take place in May. A platform has been created, +MACBA +Cultura, to present a manifesto defending the inclusive solution to allow both projects to go ahead – but the Chapel of Mercy would obviously remain a space for the MACBA – signed by 300 representatives of culture and another 3,000 members of the public.

On the other hand, the platform CAP Raval Nord Digne has been set up in favour of building the new medical centre in the Chapel of Mercy and has amassed 6,500 signatures to take the debate to the next council meeting.

Dear reader, if you have not yet dozed off or left this site, you should think about your own interests: what would you give priority to: a health centre or a permanent contemporary art exhibition?

The expansion of the MACBA does not need either a song and dance or emergency treatment.

Of course, the dilemma is not so simple. It is like in those Westerns where the farmers confronted the livestock herders. And while we are making film comparisons, when I read in the press sentences like “The rescission of the cession…” I cannot help thinking of the that great scene by the Marx brothers which begins “The party of the first part…”.

Why has almost all of the press positioned itself in favour of the MACBA? Maybe because there is a culture section but no health section?

The expansion of the MACBA does not need either a song and dance or emergency treatment. We have the original sin, after all: the building. And there are others: I think its exhibitions policy is grey and does not really meet the needs of our artistic ecosystem. You have to ask yourself whether the satellite space needs to be that close to the “alma mater”. The MoMA in New York is in Manhattan – in a building by the way which is as soothing as it is functional yet the PS1 is in Queens. As long as they are well-communicated and what they exhibit attracts and service minimum audiences, there is no problem.

I imagine some of you are thinking, but an expansion of the MACBA means an increase in the budget. Staff, maintenance, insurance, infrastructure. Where will the money come from?