Stories of Antiquarians and Fame: a brief autopsy

An antiquarian is a hunter of art works, somebody who seeks or chases pieces obsessively until they are bagged. They are not killed, they are sold. I am here in the Mirador to tell you about some of the adventures that do not take place in on lion hunts in the African savanna but in flats in Barcelona and the surrounding area, where art works lie dormant, forgotten, buried under the tyranny of what is useful and modern.

Stories of antiquarians and fame, to paraphrase the great Argentinean writer Julio Cortázar, who wrote his legendary Historias de cronopios y de famas in 1962. These fantastic, surreal tales, in which fame embodies power, the upper middle classes who manage the banks and –in other words– the world. The cronopios are the figures on the edge of the system –asocial, romantics and almost even poets. 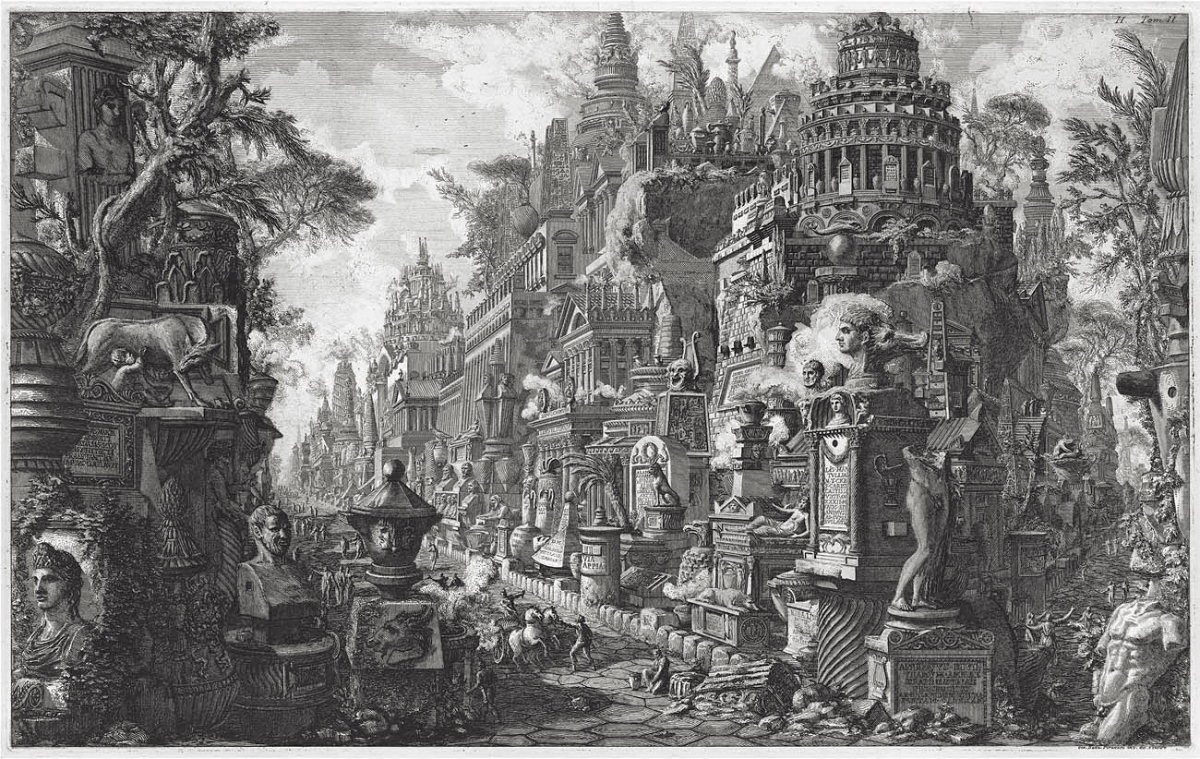 Giovanni Battista Piranesi, Via Apia and Via Ardeatina, from Le Antichita Romane, 1756

So, isn’t it true that the antiquarians are the cronopios of today? Characters in search of lost time, obsessive compulsives collecting works to later get rid of them, species in danger of extinction like the Siberian tiger or the Arabian leopard.

We cronopios or antiquarians enter homes through phonecalls. When the body of the family man who with the questionable joy of collecting is still warm, the widow, sad but always efficient, and the children, more in need of cash than keepsakes, hurry to call the antiquarian so that he can see the works that have been left. One arrives with his rucksack, which should contain at the very least a notebook, pen, a self-retracting tape measure, a torch and a small UV light like the doctors at the local surgery have. But here we don’t need to visit the patient because he is already dead. We do, however, need to view his works, the works he collected, testimonies to a vice that was never shared. The flats smell of human putrefaction and cheap air freshener which leave the rooms full of grief and nostalgia.

After a brief introduction you get to work. Every time you swallow, small dust particles gather in your throat, tickling and making you cough. A glass of water would be welcome, but it is never offered. Social conventions are at a minimum. You are not a friend of the family, and neither are you a stranger – you are a suspicious character, someone not to be trusted, although they always make out that is not the case. When I was on that TV programme it was so much easier to get into the flats. I was there before my competitors through the image projected on the small screen. I had been there before, I knew it, and they trusted me. I had already won before we’d started.

There will be plenty of time to tell you in future episodes or posts what happened next: how we found the pieces, how we conducted the negotiations, about the difficult path from anonymity to attribution, the envy of other colleagues, the scams, and the lies that form the driving force of the human comedy that is hunting works of art in modern times.