The cultivation of irrelevance or the sweet comfort of mediocrity

I’m in the grip of a simian rage, and I hope this is obvious from the tone in which this article is written.

I’ll begin by describing two parallel events that took place in Barcelona not long ago. 1/ When MoMA New York was organising its big Torres García exhibition (Torres García: The Arcadian Modern), the MNAC was called upon to loan a number of works, which it agreed to do. After New York, the exhibition travelled to Madrid and to Málaga. Not to Barcelona. It didn’t come because the Museu Nacional d’Art de Catalunya, the flagship of Catalonia’s art institutions, unlike Madrid and Málaga, did not have the funds to foot the cost of bringing it. Take a moment to reflect on that point. 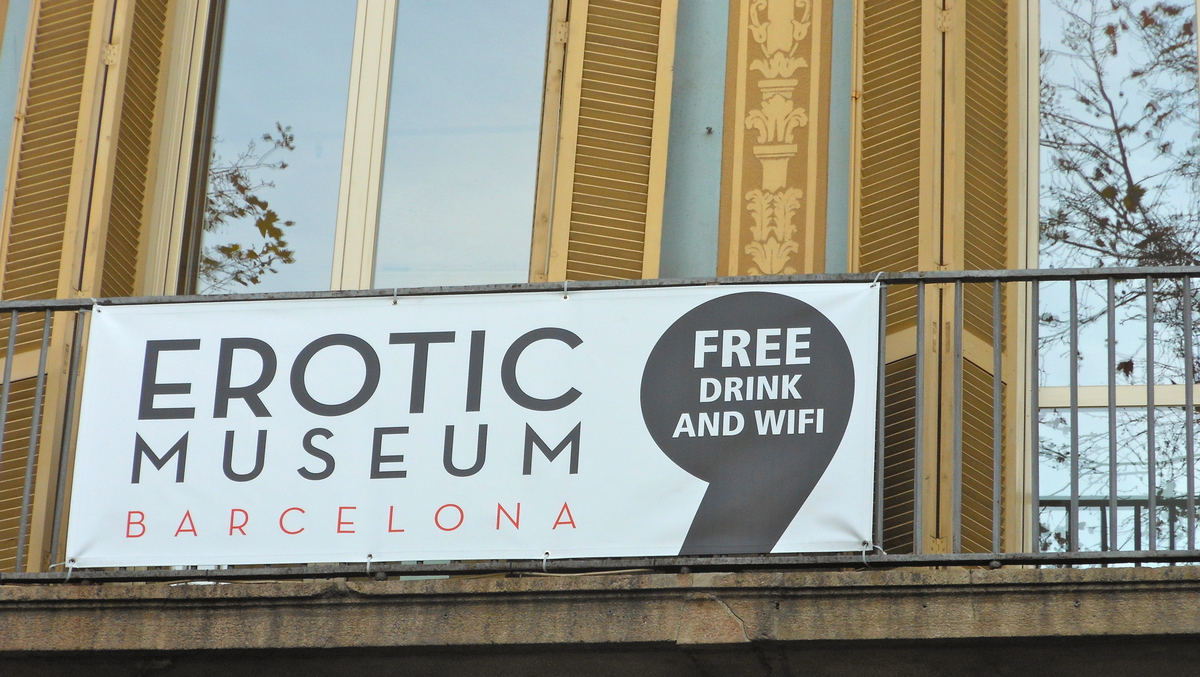 2/ At about the same time, the Catalan Socialist Party’s most senior representative on Barcelona’s city council, Jaume Collboni, announced to the press, with great fanfare, in the purest traditions of Iberian social democracy, the conversion of one of the pavilions dating from the Barcelona’s Universal Exposition of 1929 into a mega-venue for  “international” exhibitions (when I hear the word “international” my body cries out for a stockpile of illegal firearms) without uttering a word about how much it would cost to do this, or to maintain and program the space, and, to add insult to injury, this great balloon of hot air was launched with the MNAC, a national museum in dire need of money, space – everything – as a backdrop. Collboni didn’t bat an eye. I ask myself whether this should be classed as coincidence, sheer nerve, or simply an attempt to get up the noses of those of us who really care about art and culture. Have you heard any mention of the subject since the announcement?  You haven’t, have you? Under Franco, we used to save up so we could hitch hike to Paris or London from time to time, to find out what it would be like to live in the world instead of its asshole. Now we can go to Málaga.

I have bad news. Barcelona, and by extension Catalonia, is sinking rapidly into a disastrous cultural limbo, with the concomitant danger that in the end all it will have to offer is what every other irrelevant picture-postcard city has, to wit, a more or less remarkable past that accompanies a present incapable of competing with the greats. I’m sorry to have to say this, but when I say “greats”, I’m not even thinking about London or NY, but Madrid, which could knock us into the middle of next week with one hand tied behind its back. How can we have come to this, as good-looking as we are? Was it the scam of the financial crisis? The brutal budget cuts of former president Artur Mas? Perfidious Castile? I’m afraid that there has to be more to it, and that Madrid is not to blame. Perhaps, among many other factors, we should take into account Mayor Ada Colau’s contempt for the culture of the chattering classes that is generated in the world of contemporary art, and whose most visible proponent is the MACBA, for example. It doesn’t matter: let’s start acting like grown-ups. The fact that the teacher has it in for you is no excuse for not winning a Nobel Prize, if you’ve got some fight in you.

In my opinion, it’s a product of several factors. One is incompetence pure and simple, and here I am not referring solely to the ignorance and lack of imagination displayed by the political class in this country; within the “sector” too, there have been, and still are, glaring deficiencies, but the deadly common denominator is the chronic lack of courage and ambition from which this country has suffered for a long, long time. There is also the incapacity for humility that prevents those in charge from asking those in the know. And as a paradigmatic example, apart from the curse of Tutankhamen, once again we have MACBA, the museum that nobody loves. Because you see, an unwritten law dictates that when something is done for reasons that are not the right ones, the project comes into the world with deep-rooted disease that is difficult to cure. And this is precisely what happed with the MACBA from the very first day. The decision to create it did not arise from the sense of urgent, sincere and informed need that should have been the origin of the project (having to explain the obvious is one of the hardest things in the world). Apart from colonizing the Raval, there was no clear idea of making it a priority to create a centre of excellence that would stand on equal terms with the best in the business. Zilch. There was endless talk, in abstract terms, about “museographical models”, while the architect gave their desires free rein, as if this was the secret code that would open up Ali Baba’s cave, as if there were some pressing need to invent something that had existed all over the world, without too many problems, for almost a century. It’s like sex; if you know what it’s all about, you just do it, but if you have problems you talk and talk and talk, it turns into a nightmare and you don’t get invited back. After all the museographical models, the lame excuses, plus two directors at the same time, treading on one another’s toes, when the MACBA opened, it was empty. How’s that for a model? We reinvented the wheel and made it square. And since then, an everlasting malaise. My American friends are flabbergasted at the tragicomedy of the MACBA, in a city which, according to them, is so cool. Of course, their own museums are not constantly questioning their raison d’être in endless spiritual exercises. They know what they’re for, they’re delighted to be doing what they do, and are packed to the rafters, despite charging entrance fees, like MoMA, at 25 bucks a head. The city is proud to have them, the more the merrier, so that each one can do what they think they have to do, and do it their own way. If there are problems these are resolved without pillorying the institution. They know that where there are museums there’s also knowledge production, heritage conservation, the cultivation of history, memory, academic rigor and above all else, excellence, that ineffable virtue that makes the world worthwhile. This is a planet where you can walk and chew gum at the same time, and if things work it’s because that is the normal state of affairs, and there’s no need to fix them. Nobody wastes time stating and restating the obvious.

In Catalonia, we find ourselves facing a resurrected scenario of post war scarcity.

One could add another observation that perhaps provides the historical and sociological icing on the cake for the whole mess. An unquestioning respect for culture, and the conviction that culture and fascism were antithetical, was forged in Spain under Franco. The moral superiority of the humanities, the arts, culture in general, was beyond any doubt, and it was practically a declaration of democratic principles to defend them. It is possible that there was no especially well-defined idea of how and why this was so, but nobody dared to question it, on pain of looking like an idiot. It was in the instruction manual for democracy and everything that was done for the country’s cultural infrastructure during Spain’s transition was informed by this belief. The momentum was sustained under the first socialist government, and it was all that was required. The Spanish Socialist Workers’ Party decided it had to cultivate the world of culture if only to add luster to its own image. Even this kind of thinking implied that culture was considered to be of some importance. But then everyone, and I mean everyone, in Catalonia too, realized that it made not the slightest bit of difference. Political provincialism could allow the whole tedious business of culture to die of inanition (all sense of shame had been lost) without losing a single vote that counted; and so began the wrecking yard end-of-season sale whose consequences we are familiar with. This is bad news, but while things are still getting done, and museums and institutions are doing what they do without excessive interference, you muddle through, sometimes even doing reasonably well, at least as regards major exhibitions. But when the deterioration of the institutional fabric reaches the point where there is only enough money to pay electricity bills and little more, as is occurring today in Catalonia, we find ourselves facing a resurrected scenario of post war scarcity, and I am not exaggerating, softened by a dismal coating of badly-applied make-up. I am certain that there will be some to whom this predicament comes as a wondrous stroke of happenstance, because this way, the contrast with what awaits us when Catalonia becomes independent will be sublime. Meanwhile we can all die of boredom, why not, and Barcelona can become little more than a dock for international cruises, although let us not forget, with a cultural politics that focuses on its neighborhoods, per la gent. Hallelujah!