An exhibition has just opened at the CaixaForum Barcelona with a misleading title: Toulouse-Lautrec and the Spirit of Montmartre. What comes to mind is a pile of oil paintings by the pint-sized artist from Albi and some or another poster. But no. Of the 345 incredibly varied pieces on display in the exhibition –prints, posters, book and press illustrations, drawings and, of course, painting– only 61 are by Toulouse Lautrec himself, including six oil paintings and a drawing.

But do not despair, because the exhibition is magnificent. It narrates a brief period (from the late 1920s) in a small area –the neighbourhood of Montmartre– where one of the most important revolutions in the history of culture took place. 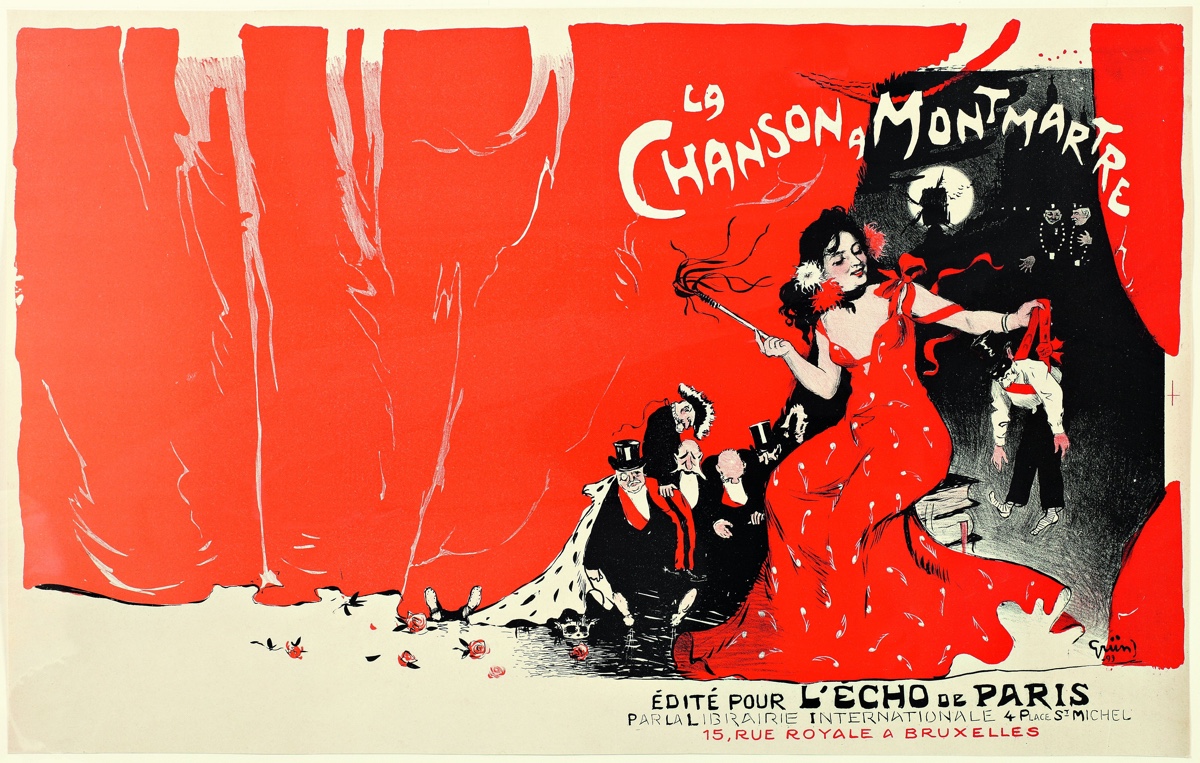 There is a fundamental link between Gutenberg and the world wide web: the development of colour lithography and the appearance of photoengraving. All of this, of course, occurred in the second phase of the industrial revolution, with rail lines that connected the main cities of Europe (Barcelona to Paris in just 24 hours!) and a new social class –the proletariat– stacked up in giant metropolises.

Everything was changing at a rate never seen before. Brands appeared –previously products had been sold loose, with neither containers or labels– and leisure.

There was gas streetlighting in the cities which allowed an emerging nightlife. And running water and a sewerage system to stamp out epidemics.

It was within that context that a group of artists began to get involved in the world of cabaret in Montmartre, Le Chat Noir. People such as the Les Art Incohérents, predecessors of the Dadaists, offered absurd and anti-bourgeois, humorous monologues, which they referred to as fumiste.

At Le Chat Noir, Henri Rivière set up a sophisticated shadow theatre with highly elaborate productions including up to twelve operators, scriptwriters, singers and musicians, among others. 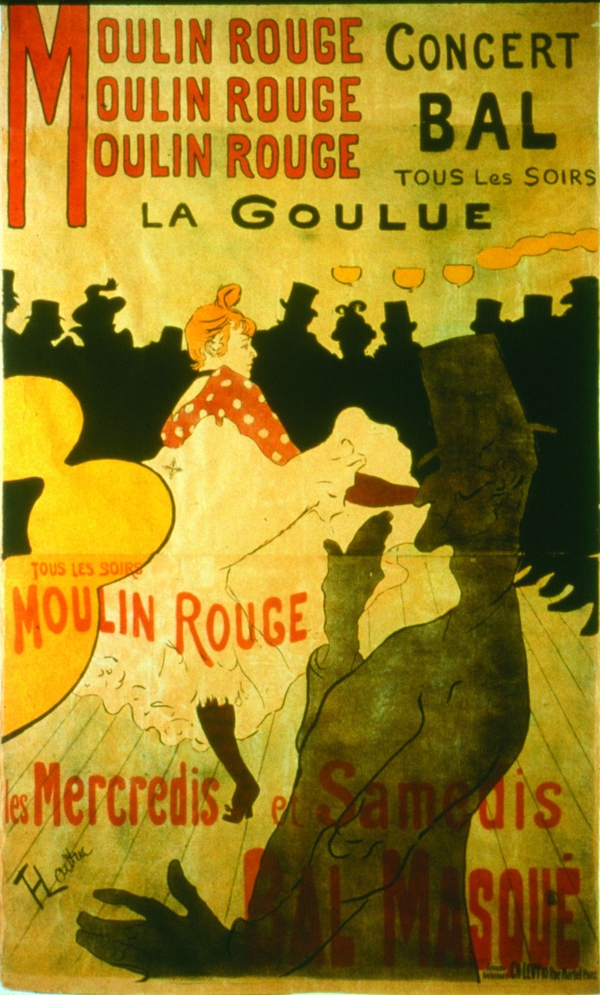 The dances and cafés concerts could hold a public of between 500 and 1500. The Bal Bullier attracted students and the Moulin de la Galette –painted by Casas i Rusiñol– was frequented by the poorer workers. Each dance cost 80 cents for each pair of dancing partners. The Moulin Rouge was for the wealthy and entrance cost between two and three Francs. That was where the famous can-can or chahut was performed.

In fact, when Jules Chéret, the father of the poster, which was considered part of the Fine Arts during the Belle Époque, designed the poster for the newly opened Moulin Rouge in 1889 a thousand copies were produced! In 1891 it was Toulouse-Lautrec’s turn: his poster for the Moulin Rouge was so successful that he decided to abandon the academic tradition and the conventional art market.

Imagine an artist who until then had been tied to selling paintings with complete dependence on a gallery owner. His works hung on the walls of the homes of the bourgeoisie. But the posters could be acquired by almost anyone and provided him with a great source of income. Also, the new technology for reproductions means that the drawing went from being a simple preparatory procedure to becoming one of his own works. The replacement of the three-dimensional solutions, naturalism and realistic colours by two-dimensional, schematic designs with a smaller range of colours was the result either of the limitations of the technique or the coherence of the composition. 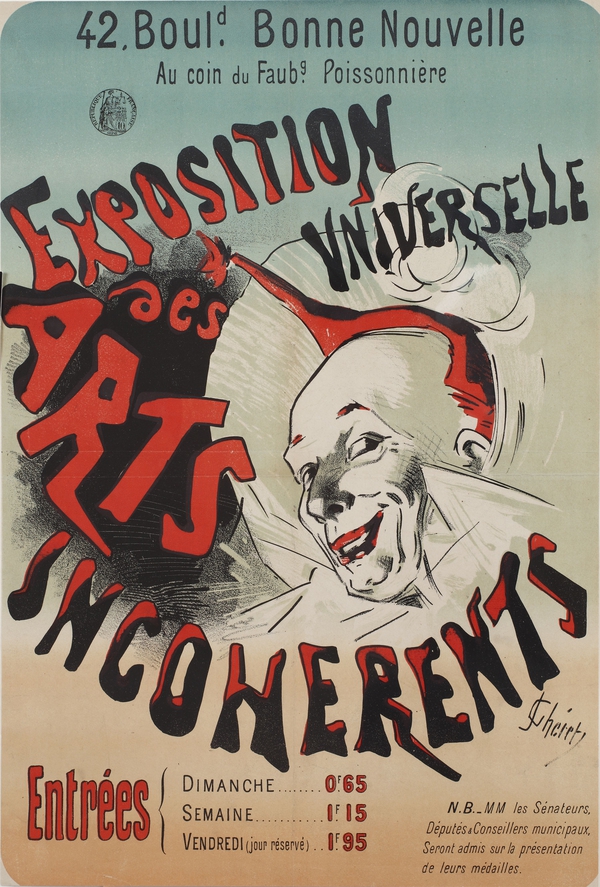 The new press law of 1881 gave much greater scope to freedom of expression and photoengraving techniques enabled reproductions of satirical drawings to be published. They were lapped up in Barcelona in magazines such as Le Rire, La Vie Parisienne and Gil Blas Illustré.

When Picasso and so many other Catalan artists travelled to Paris, they had already been influenced by Toulouse-Lautrec, Steinlen, Adolphe Léon Willette and many other of the French magazine artist. Art travels fast: in the Picasso Museum of Barcelona there is a piece of paper on which Picasso himself scribbled masses of imitated signatures of Steinlen –admiration or falsification?

At the same time in Montmartre initiatives such as La Revue Blanche, L’Estampe originale –by André Marty– and Eugène Delâtre’s etching studio were appearing, all promoting the limited edition printed image. It was within this curious counterbalancing act that graphic works were born.

If you go to the CaixaForum and you find that there are far more printed works on paper than oil paintings, don’t turn up your nose. Consider that these modest, often poor quality, papers are privileged testimonies of a revolution that took place over a very small area and during a period that is not so different from our own.

Toulouse-Lautrec and the Spirit of Montmartre can be seen at the CaixaForum Barcelona until 20 January 2019.