Uncertainty, flickering… and a Dramamine to boot

Dalí grumbled in front of a work by Alexander Calder: “if there is one thing you can ask of a sculpture, it is that it shouldn’t move”. On the other hand, he was a great lover of op art and all kinds of optical effects that produced flickers in the eye of the viewer.

I can’t help thinking about Dalí, art in movement and tortured eyeballs as I float through the rooms of the main floor of La Pedrera: an opera aperta avant la lettre which houses the exhibition Open Works. Art in Movement, 1955-1975.

We are received by a projection of Anémic Cinéma (1925) by Marcel Duchamp, a series of discs that are more hypnotic than optical and signed off under the pseudonym of Rrose Sélavy. And just a few metres later, a sculpture by Calder, Typographie (1972) is a warning –like a signalman– of the jolts that are about to be experienced by our most precious sense: sight. 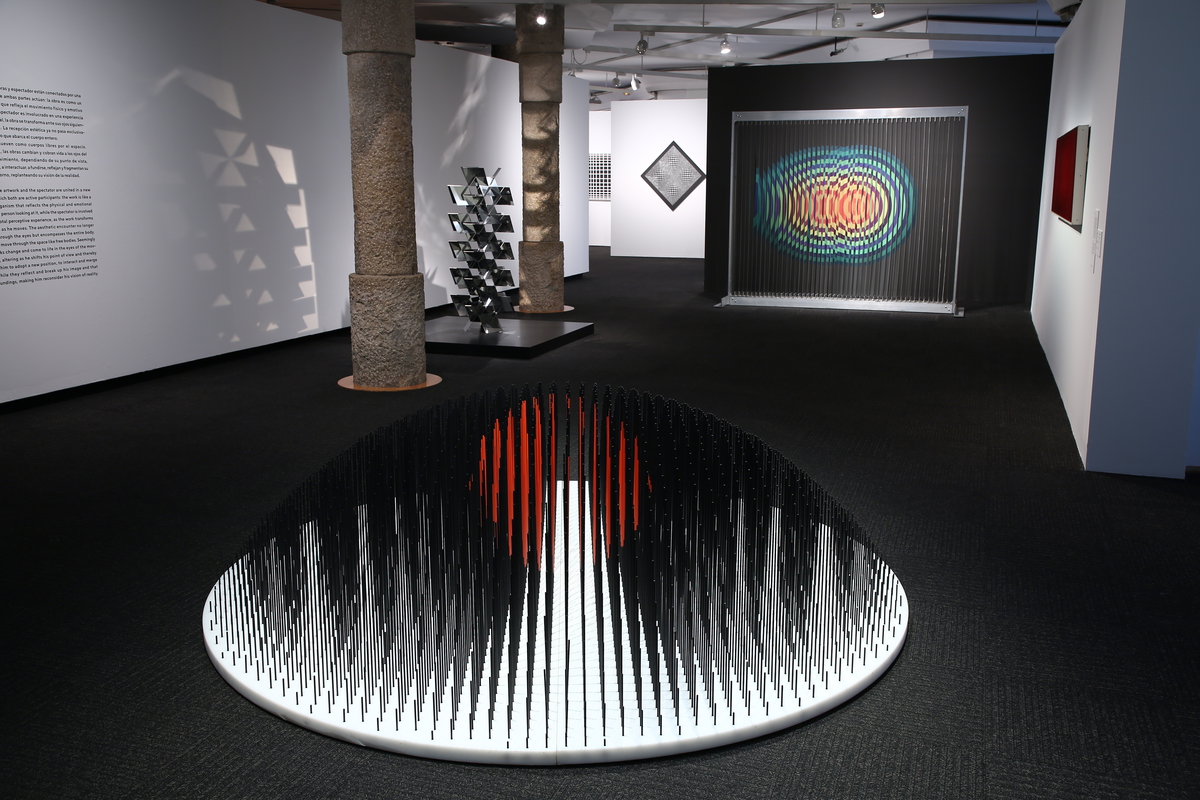 General view of the exhibition.

Under one of the most curvaceous ceilings in the history of art, he curators of the show, Jordi Ballart and Marianna Gelussi have brought together the work of thirty-seven artists who took part in an International revolution that burst forth during the 1950s and 1960s in Europe. According to the press release “the works revolve around the concept of opening, of moviment and of space, distancing themselves from the traditional categories of painting and sculpture and the conventional object, through experimentation and research into new materials and media, and the opening up of the artistic space”. I transcribe this literally because I could not say it any better myself.

This is an exhibition that brings together sister works of their time, evidently, but also Works that are urgent and vertiginous: the acceleration of the historical tempo, and the evaporation of dogmas and truths, the invasion of technology in the most private aspects of daily life, a reaction to the romantic component of abstract expressionism and the deification of the artistic experience. And despite the fact that all of this frenzy happened over half a century ago, most of the pieces have aged with dignity (except Calder, of course). 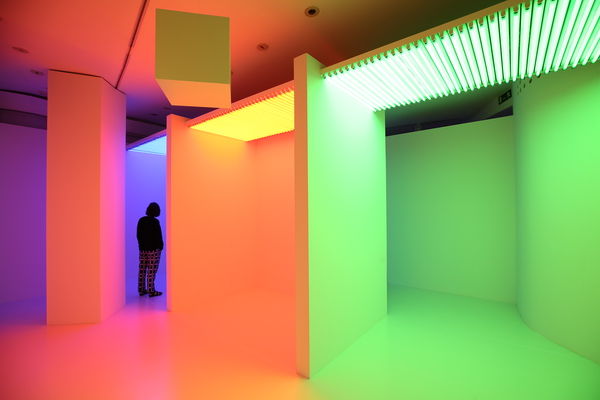 The choice and classification of the works is arbitrary, but within the realms of possibility that is involved in setting up an exhibition. This is no “imaginary museum”. There is a budget and works with greater or lesser availability.

But at all times the viewer is threatened by the concept of the opera aperta first named by Umberto Eco in 1962, a concept that is so open that it might be interpreted in more ways than there are combinations on the Rubik cube. Ars combinatoria with no place for metaphysics. 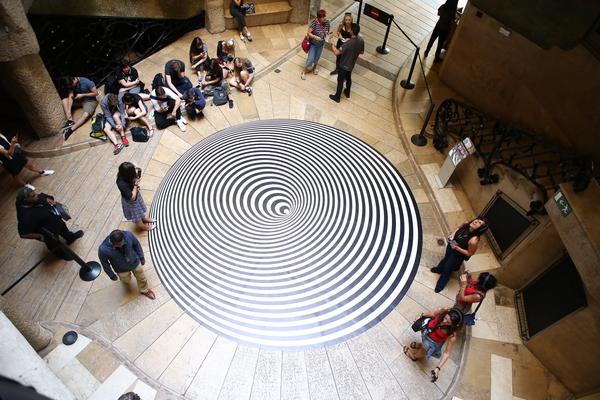 Our peripheral view is activated before works by Vasarely, Le Parc, Dadamaino and Marina Apollonio; we are reminded of old friends from the Empordà, such as Jean Tinguely and François Morellet; local heroes such as Leandre Cristòfol and Eusebi Sempere, we climb up and down the shaky staircases of Gianni Colombo, rediscover the conceptual beasts of the likes of Hans Haake, the magnetic juggling of Takis…and finally, we cross a maze of colour in the form of the Chromosaturation (1965-2018) by Carlos Cruz-Diez, an artist capable of turning the Pantone into Wonderland.

Opera aperta. Open work…if you think about it, this is a concept close to Schrödinger’s famous cat. Anything goes, as long as you don’t open the box.